Crysis 4: Crytek announces a new recruit, and it’s not just anyone 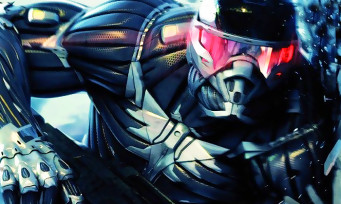 Announced last January, Crysis 4 is not yet able to be the subject of a first official presentation. Indeed, the boss of the studio, Avni Yerli, had specified that the development of the game had barely begun, and that new recruits would certainly come to swell the ranks. This is precisely the subject of today since we learn through Twitter that Mattias Engström will be the director of Crysis 4. It’s not just anyone, since he already had the opportunity to hold this position for Hitman 3. And when we remember the success of this episode – this The latter was profitable barely a week after its release – Crytek has every reason to be rubbing its hands.

Note that before landing at IO Interactive (where he also served as level designer for Hitman and Hitman 2), Mattias Engström worked at Massivement Entertainment for almost ten years. Finally, Crytek is taking advantage of this announcement to indicate that positions remain to be filled, as the team in charge of Crisys 4 is not yet complete.