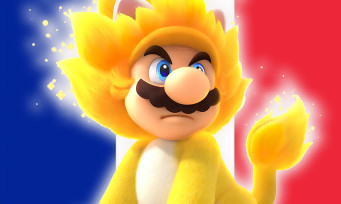 Who says Monday says new week of charts to detail you. Unsurprisingly, SELL has updated its official website to reveal the ranking of the best sales of video games in France. For week 8 of the year 2021, from February 8 to 14, 2021, a certain Super Mario 3D World + Bowser’s Fury takes the lead in the rankings, thus dropping Mario Kart 8 Deluxe to third place and Animal Crossing: New Horizons in fourth position. Only Ring Fit Adventures can stand up to him by moving up to second place in the table. In this tidal wave of Nintendo Switch titles, however, we find a PS4 game, it is Call of Duty Black Ops Cold War which manages to maintain itself.

It is by taking a look at the Top 3 PC games that we observe the appearance of a game that we did not necessarily expect there, namely Little Nightmares 2 in its TV Edition version. The game from Bandai Namco Entertainment comes directly to second place by dropping The Sims 4 from the Top 3. Nice performance. 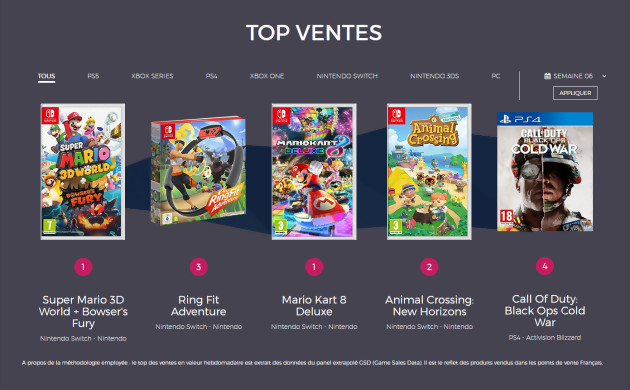 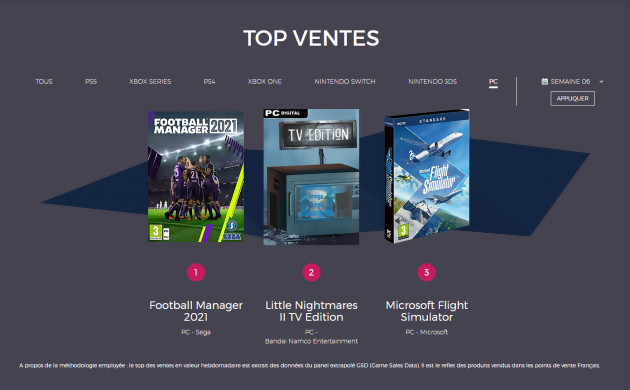