Charts France: Ghost of Tsushima makes a sensational comeback, here are the Top 5 of the week 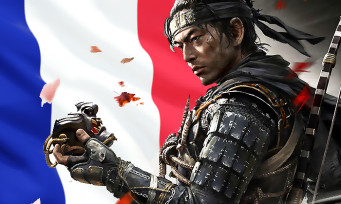 To get this week of news off to a good start, we can count on the SELL and the GfK institute which invite us to discover the ranking of the best sales of video games for the French market. It is the week of January 18 to 24 that is concerned and the element that holds our attention is obviously the resounding return of Ghost of Tsushima which climbs directly to fourth place and shakes up the ranking a little. Admittedly, we find the same top three, led by Nintendo games, but Sony’s samurai game brings Call of Duty Black Ops Cold War out of the rankings.

On PC, there are also quite glaring changes, with the disappearance in the Top 3 of Microsoft Flight Simulator and Cyberpunk 2077 in favor of Total War: Three Kingdom in its Limited Edition, something quite unexpected it must be admitted. Similarly, the return of Farming Simulator 19 in Premium Edition also proves that the purchases of French players are quite surprising. At least on PC. 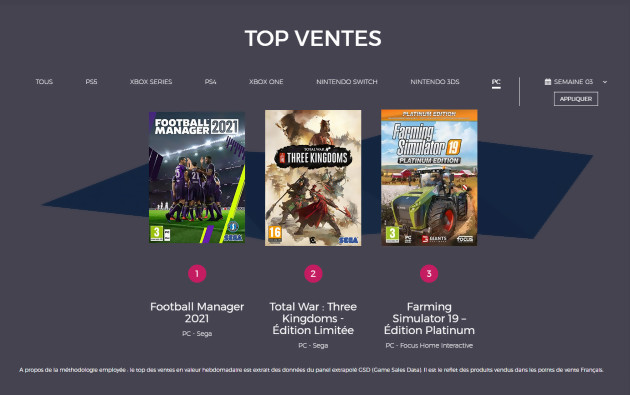