“Charlatans”, “Liars”, the creator of Ori violently attacks the creators of Cyberpunk, No Man’s Sky and Peter Molyneux 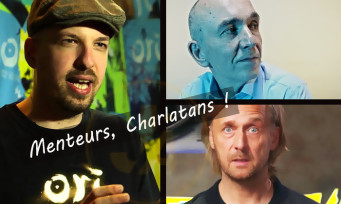 This is a stroke of blood that no one saw coming. Thomas Mahler, founder of Moon Studios and Game Director for the games Ori and the Blind Forest and Ori and the Will of the Wisps, has just spoken about the Cyberpunk 2077 controversy, the unfulfilled promises of CD Projekt Red studio, but also practices used in the video game industry by certain creators and studios to create hype and sell as many games as possible on pre-order. In a long message posted on the ResetEra forums and titled “Why do players continue to trust charlatans, and even forgive them?”, Thomas Mahler also attacks Peter Molyneux, the creator of the Fable series, but also the Hello Games studio and its founder Sean Murray who also lied about the content of No Man’s Sky at the time of its release.

This is something that has been bothering me for a while and it pissed me off every time it happens. And yet, every time that happens, people keep getting screwed. It all started with Molyneux. This is the king of “rather than telling you what my product is, let me get excited about what the game could be so you hyper”. And there was no problem until the moment you spend your money and realize that the game has nothing to do with the hype that Peter spread.

Thomas Mahler indeed criticizes Peter Molyneux for being one of the specialists in the sale of perlimpinpin powder, of promising mountains and wonders to the players and not respecting his commitments. It is true that the first Fable released in 2004 on Xbox had disproportionate ambitions, such as the fact that the main hero could evolve, from young child to experienced adult. But the passages between the different ages were in the end rather little exploited, while the gameplay possibilities much more limited compared to what was announced by Peter Molyneux. His Project Milo developed on Xbox 360 aimed to show all the possibilities of interaction between the video game and its user via Kinect. There again, Peter Molyneux had offered us demos that seemed impractical, such as the possibility of transmitting objects from our world that the character in the game could then recover in his universe in 3D. Ultimately, Project Milo never came to an end and therefore abandoned. But Peter Molyneux is not the only one to have been the target of Thomas Mahler, Sean Murray, the founder of Hello Games, and creator of the game No Man’s Sky has also taken for his rank. Selected pieces :

Then there was Sean Murray, who obviously learned everything from Peter Molyneux’s learning book. Apparently this guy would love to be in the spotlight. In the days leading up to the release of No Man’s Sky, it touted the multiplayer merits that didn’t even exist, and prided itself on seeing people think of No Man’s Sky as the “Minecraft in Space,” a game. where you can literally do anything (being able to do anything is usually a theme used by video game quacks to attract people). Of course, there was a phenomenal bad buzz around the time of No Man’s Sky release, and the product was unlike anything Sean Murray had promised us. And what happened after?

Now that they’ve released a whole bunch of updates, so let’s forget about all the lies, the smokes, and hey, why don’t we shower him with awards because he certainly respected what he said to the the subject of his game years ago. Thanks Geoff Keighley. Rewarding this type of behavior will definitely help the industry evolve. 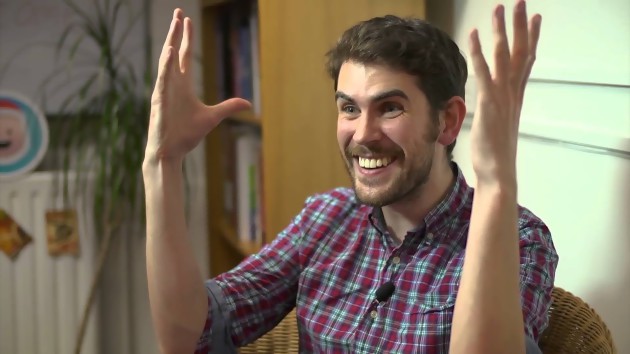 If Thomas Mahler is so vindictive about Sean Murray, it is also because he remembers that at the time of the release of his game Ori and the Blind Forest, a specialized magazine (which he does not quote from ‘elsewhere) preferred to choose to cover on No Man’s Sky rather than its game, after considering that the title of Hello Games would undoubtedly become the GOTY of the year. Bitter, the founder of Moon Studios obviously did not fail to return to the Cyberpunk 2077 affair, which he explains to be the pinnacle in terms of deception on the merchandise, since this time, the entire marketing department is is involved.

And then along came Cyberpunk 2077. Since it was created by the guys behind The Witcher 3, it was bound to be good. “This is Cyberpunk’s universe and – trust us – you can do whatever you want in the game! This time around, the entire PR (public relations) department of CD Projekt RED took over all the methods used by Molyneux and Murray and had a blast. The players were excited that it was going to be GTA sci-fi sauce. How not to fall in love? Every video created by CD Projekt Red has been scrupulously studied for trick players into believing the game was going to be sheer madness. They stopped right before making us believe their game was going to cure cancer. This strategy managed to generate a mind-boggling 8 million pre-orders. It happened after? It was all lies. The end product is only a minor part of what the developers promised, and worst of all, it barely ran on consoles where it was supposed to “work amazingly well!”

It is a real paving stone that Thomas Mahler threw in the pond, to the point that ResetEra was obliged to close the topic to avoid any overflow. If the creator of the two episodes of Ori was widely supported by the players, others did not hesitate to remind him that his games were far from perfect when they were released and that technical issues were also known. Still, such a voice in this industry is unprecedented, developers are not used to tackle each other in this way; an exercise usually left to players and journalists. Should we see there a certain awareness and openness between video game designers? In the meantime, know that Thomas Mahler went back on his words, apologized for having lost his temper so violently and for having named people he should not have.