Bayonetta 3: finally the gameplay trailer, with a new outfit and long hair again for the witch 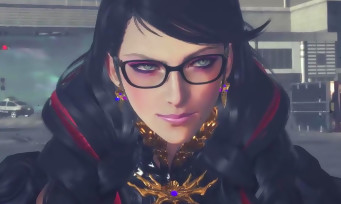 It was the Nintendo Direct “one more thing” of September 24, the first gameplay trailer for Bayonetta 3 that the whole world (or at least beat’em all fans) have been waiting for ages. Announced in 2017 at the Game Awards, the title is finishing its development since PlatinumGames plans to release the game next year in 2022, 8 years after the second episode. An incredibly long gestation time that our beautiful Bayonetta knows how to put forward in an ironic way: “Looks like I’m particularly late”. It is in a new outfit besides that the witch appears, always so sexy but more dressed, with this long dress which comes to hide a posterior which was formerly often put forward. We are in 2021 and you obviously have to know how to make your characters evolve over time. However, Bayonetta took the time to grow her hair, she who had opted for a boyish cut in 2014. No big bun like in the first episode, but nice big braids that suit her wonderfully.

As for the gameplay, we can see a bit of it and not surprisingly, our witch has always so crazy abilities to undermine these creatures from elsewhere. It seems that it will be possible to switch between three distinct styles of play, accessible via the directional pad, while it will always be possible to slow down time to chain even more combos. The invocations with his hair will always be present, with even the promise to offer us kaijus fights, just to prove that the Nintendo Switch, despite its outdated hardware, can offer us the show we are waiting for. We also see Bayonetta transform into a butterfly, just to cause even more damage with style and beauty and we hope that her arrival in 2022 will not be too near the end of the year: we can not wait to find her.