Balan Wonderworld: accused of plagiarism, it is also a commercial disaster in Japan 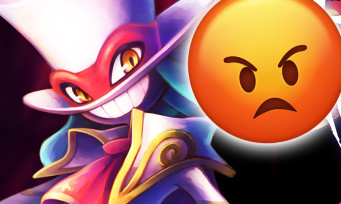 Announced with great fanfare by Square Enix last year, it turns out that Balan Wonderworld is ultimately a damn acid cold shower. Wanting to be a tribute to the platform games of the 90s, the title ultimately results from a constant awkwardness far too outdated to interest the general public. Obviously, even the little one does not seem seduced: According to Famitsu, the game did not even make the Top 30 Japanese sales for its first week on the market, with the last place going to Family Trainer on Switch with 2170 units sold. We therefore suspect that Balan Wonderworld crashed a lot as soon as it arrived on the market, an obvious pain when we know that it is also and especially for Japanese audiences.

And as if that were not enough, imagine that the software is also accused of … plagiarism. It is more precisely a music that poses a problem, that of chapter 11 called “The Firefighter with Heroic Aspirations ” which looks like two drops of water to the hugely famous Ghostbusters theme. Yes, you read correctly. Obviously, the bad buzz did not take long but the composer of the OST, Ryo Yamazaki, has not yet spoken. No legal action has also been taken, or at least not yet. Anyway, this does not really help the reputation of Balan Wonderworld, which you can also find our test right here.