Anthem: the fate of the game will be decided this week according to some rumors 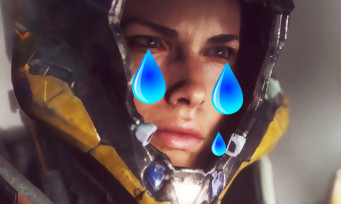 Will Anthem continue with its complete overhaul or end up on the Altar of Sacrifice? This is the question that is raised by journalist Jason Schreier of Bloomberg, who obviously got some small insides from Electronic Arts. It is true that for several months, Anthem has not given any sign of life and its failed launch has forced Bioware to review the whole strategy around the game. Many languages ​​have loosened thereafter, evoking a tormented development and especially demos misleading and visibly unachievable goals for teams. In short, a story that now resembles many others in the video game industry. To save the Anthem soldier, it was decided within Bioware to go on a new formula and it is the executive producer Christian Dailey who was to ensure this task. However, the latter left his post to go to work on Dragon Age 4, knowing that the Mass Effect remaster also makes other games which the studio must release in the coming months.

According to Jason Schreier, who says he got his information from three different sources, a team of 30 people are currently working on the Anthem revival, but that they will know their fate this week, since they must wait for a decision from Electronic Arts which could well stop the project if the leaders do not consider it viable. It is true that it is astonishing to hear that only 30 people work on Anthem when it would certainly take much more. Of course, we remain attentive to the outcome of events.