Alison Krauss & More to Be Inducted into Bluegrass Hall of Fame 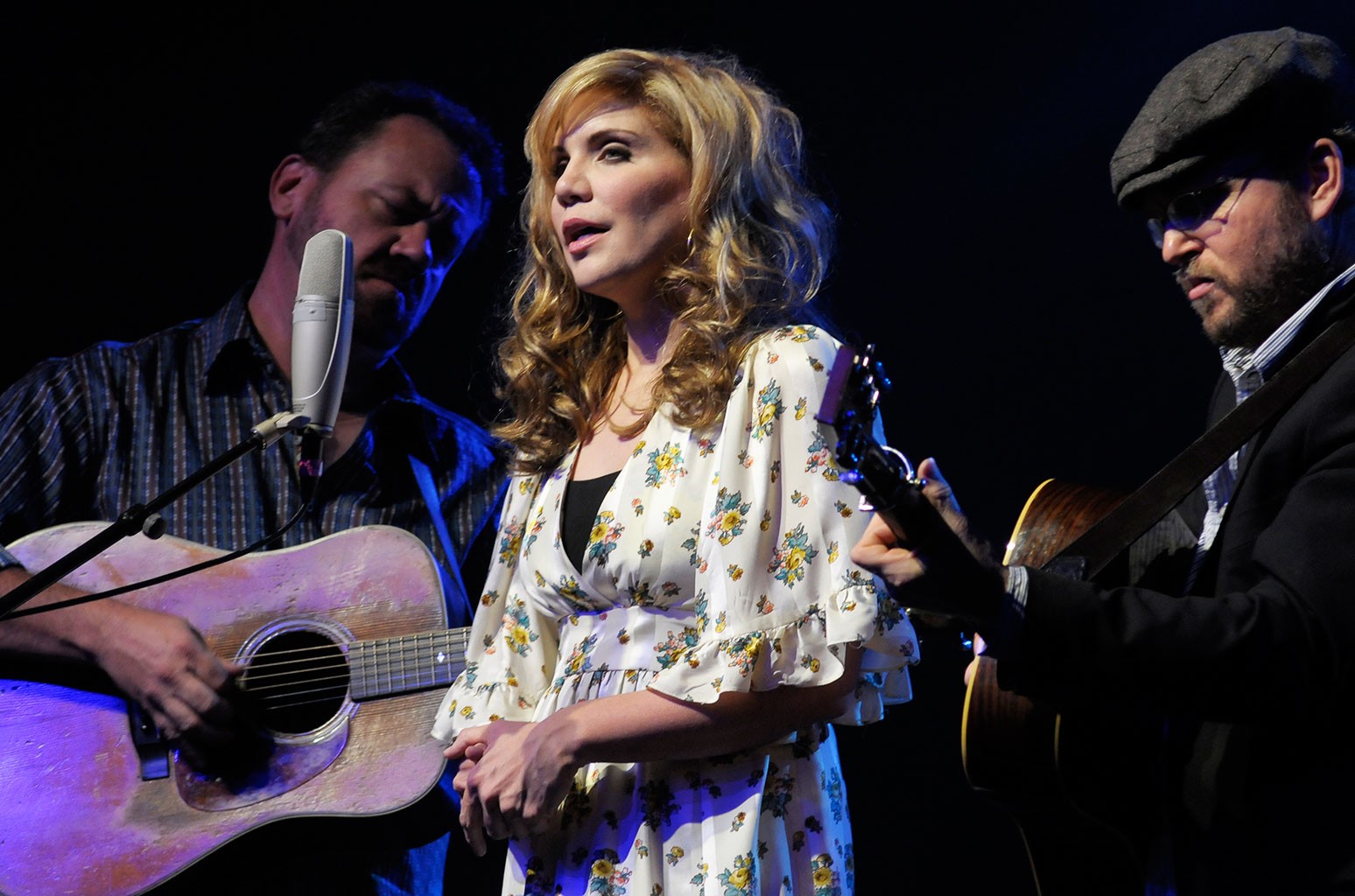 Bluegrass and country star Alison Krauss, trailblazing female bandleader-banjoist Lynn Morris and early influencers The Stoneman Family are the 2021 inductees into the Bluegrass Hall of Fame.

The induction ceremony will take place on Sept. 30 during the IBMA Bluegrass Music Awards at the Duke Energy Center for the Performing Arts in Raleigh, N.C.

Krauss has won 27 Grammy Awards, second only to Beyoncé (28) among female artists. Krauss’ Grammy collection includes two album of the year awards, for her contribution to the O Brother, Where Art Thou? soundtrack (2001) and for Raising Sand, her collab with Robert Plant, which won the 2008 award. Krauss has also won seven CMA Awards.

Morris was a trailblazer among women bandleaders in bluegrass. Morris was the first female elected to the IBMA board in the artists and composers category. While she no longer performs, she has become a successful sound engineer.

The Stoneman Family won the first CMA Award for vocal group of the year in 1967. Group leader and family patriarch Ernest “Pop” Stoneman died in 1968 at the age of 75 and was inducted into the Country Music Hall of Fame in 2008.

Five people who have made significant contributions to bluegrass music were named as recipients of the IBMA distinguished achievement award: industry leader Nancy Cardwell Webster, broadcaster Lee Michael Demsey, Czech luthier/performer Jaroslav Prucha, musician/performer Cliff Waldron, and Boston Bluegrass Union’s Stan Zdonik. Plaques will be presented to these recipients on Sept. 30, during a luncheon at the IBMA Business Conference.

Specific times and additional details for this luncheon, and for other IBMA World of Bluegrass events, will be shared in the coming weeks across the organization’s social media platforms, through email notification, and at worldofbluegrass.org.

Tickets are now on sale for the 32nd Annual IBMA Bluegrass Music Awards, and for all IBMA World of Bluegrass events. Visit worldofbluegrass.org for details.

The awards show will be broadcast on SiriusXM’s Bluegrass Junction at 7:30 p.m. ET, streamed via Facebook Live, and will be made available for rebroadcast by radio stations worldwide. For information on how to obtain a recording of the IBMA Bluegrass Music Awards Show for rebroadcast, go to www.ibma.org.

Awards are voted on by the professional membership of the International Bluegrass Music Association (IBMA), which calls itself “the non-profit music association that connects, educates, and empowers bluegrass professionals and enthusiasts, honoring tradition and encouraging innovation in the bluegrass community world.”

Here are the nominees in selected categories:

Here’s a link to the full list of nominees.