Age of Empires IV test: does the king of RTS really deserve a guard of honor?

The first three parts of the Age of Empires series had relatively close releases since they respectively saw the light of day in 1997, 1999 and 2005. But thereafter, fans only had expansions and remasters to get started. in the tooth. This slack period of sixteen years comes to an end this month, with the release of a fourth opus all the more eagerly awaited since it is true RTS specialists who are in charge. After Homeworld, Impossible Creatures, Company of Heroes and Warhammer 40,000: Dawn of War, Relic Entertainment finally invites us to discover the highly anticipated Age of Empires IV. 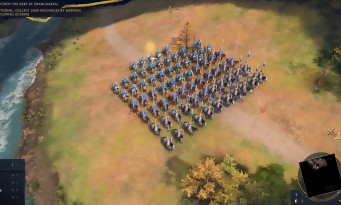 If until now each episode of the series concerned a new historical period, Age of Empires IV makes the choice of security and offers us a return to the Middle Ages, thus taking the example of the beloved Age of Empires II. Pending future extensions, the game currently offers eight playable civilizations. You can therefore choose to embody the English, the Chinese, the Abbasid Dynasty, the French, the Mongols, the Rus’, the Holy Roman Empire and the Sultanate of Delhi. Each of these factions has a few characteristics of its own, whether in terms of statistics, units or buildings. The Abbasid Dynasty harvests berries faster than average but cannot hunt wild boars, the Rus’ palisades are stronger, the French economy technologies cost less, the Chinese build their buildings faster, etc. 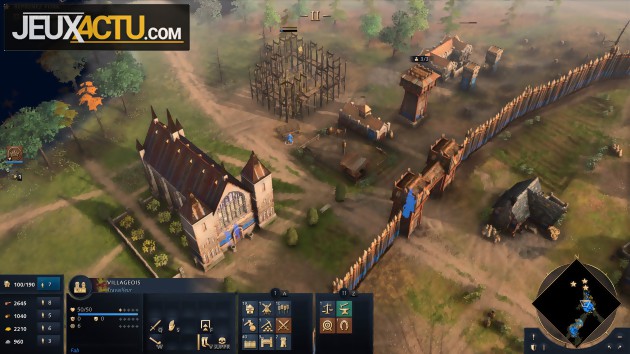 The civilization that stands out the most is undoubtedly that of the Mongols, since it is the only one to play really differently. In order to translate its nomadic character into the gameplay, the developers have indeed given it the possibility of moving all its buildings. Suffice to say that in multi, many players favor this camp. The solo is articulated around four independent campaigns: the Norman Conquest, the Hundred Years War, the Mongol Empire and the Ascension of Moscow. Naturally much more scripted than a skirmish game, the different missions also give us control over some heroic figures (William the Conqueror, Joan of Arc, Genghis Khan …) with special abilities. It is overall very pleasant to play all these historical events, thanks to the well thought out maps, the clear objectives, the immediate handling, and a didactic progression which does not forget the novices of the genre. But surprisingly, it is the coating of missions that is the most attractive. 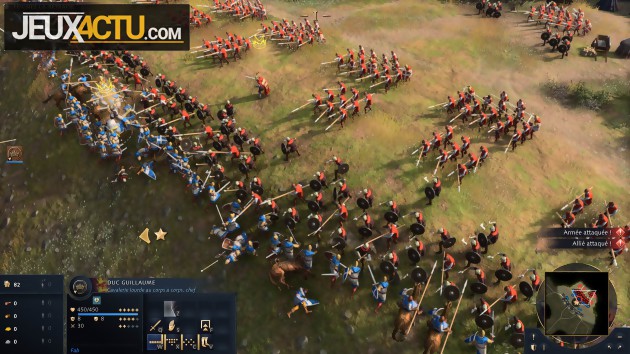 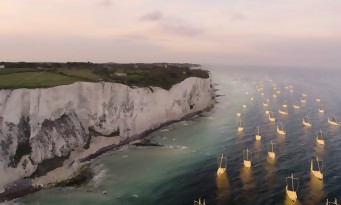 Thus, the historical context is always correctly explained. Even the most allergic to history will come to understand the different issues. This effective storytelling is all the more educational as it uses superb cutscenes to support its point. Available in 4K resolution if desired, these videos embed the digital silhouettes of the fighters of yesteryear into the real settings of our time. Extremely elegant, this process reinforces the link with the past and the interest that one can feel for the events described in the campaigns. In order to further strengthen the educational aspect of the game, the single player progression unlocks real documentary videos. Viewing them is completely optional, but you would be wrong to forsake them, as they are short enough and well done to never cause boredom. This concern to anchor Age of Empires IV in reality is also found in the voices of acquiescence of the units, which are expressed in the language of the time. Launch a Norman knight on an assault on English troops and hear him declaim something like “weaken the enemy!” does not lack flavor. The attention to detail is even pushed to the point of evolving the replicas according to the advancement of our civilization. Over time, we therefore understand better and better the interjections of our little soldiers and peasants. 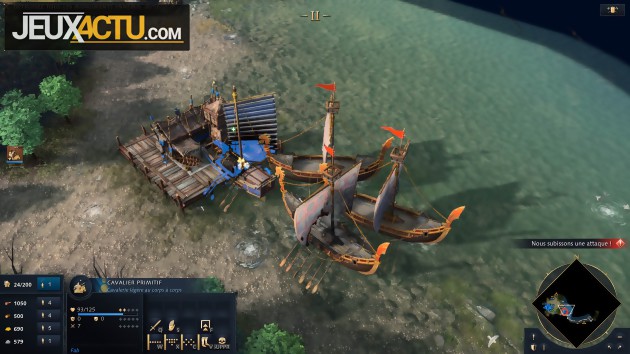 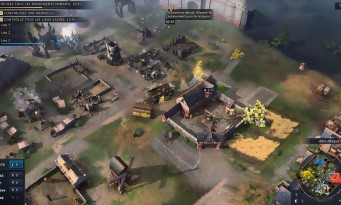 The saga having gone to 3D in 2005 on the occasion of the third episode, the fourth naturally continues on this momentum. The graphics support 4k, are not lacking in detail, are quite cute and have the good taste of remaining readable at all times, even in the most crowded fights. But don’t expect to be amazed. The visual aspect is unmistakably clean, but still classic and never really impressive. The gameplay also follows the path of classicism and does not change much to the original formula. The units once again follow a “rock paper scissors” pattern, and we must always evolve our civilization from one age to another (dark age, feudal age, age of castles and imperial age). Microsoft and Relic Entertainment have also chosen the path of security to relaunch the franchise. We are in a pure “old-fashioned” RTS, modernized in form but not in its mechanics. After all, it makes it easy for old players to find their bearings and new ones to enjoy proven gameplay. It is regrettable, however, that no real progress in artificial intelligence is being felt. The AI ​​continues to behave questionably at times, with enemies sometimes sounding retreat for no reason or arriving in small waves far too modest to constitute a real threat. Another gap, more anecdotal however: it is impossible to change the orientation of buildings before placing them on the map. Fans of pretty, well-aligned cities will be at their cost.