Yung Bleu Isn’t Happy With Only Stardom, He’s Aiming For The Moon 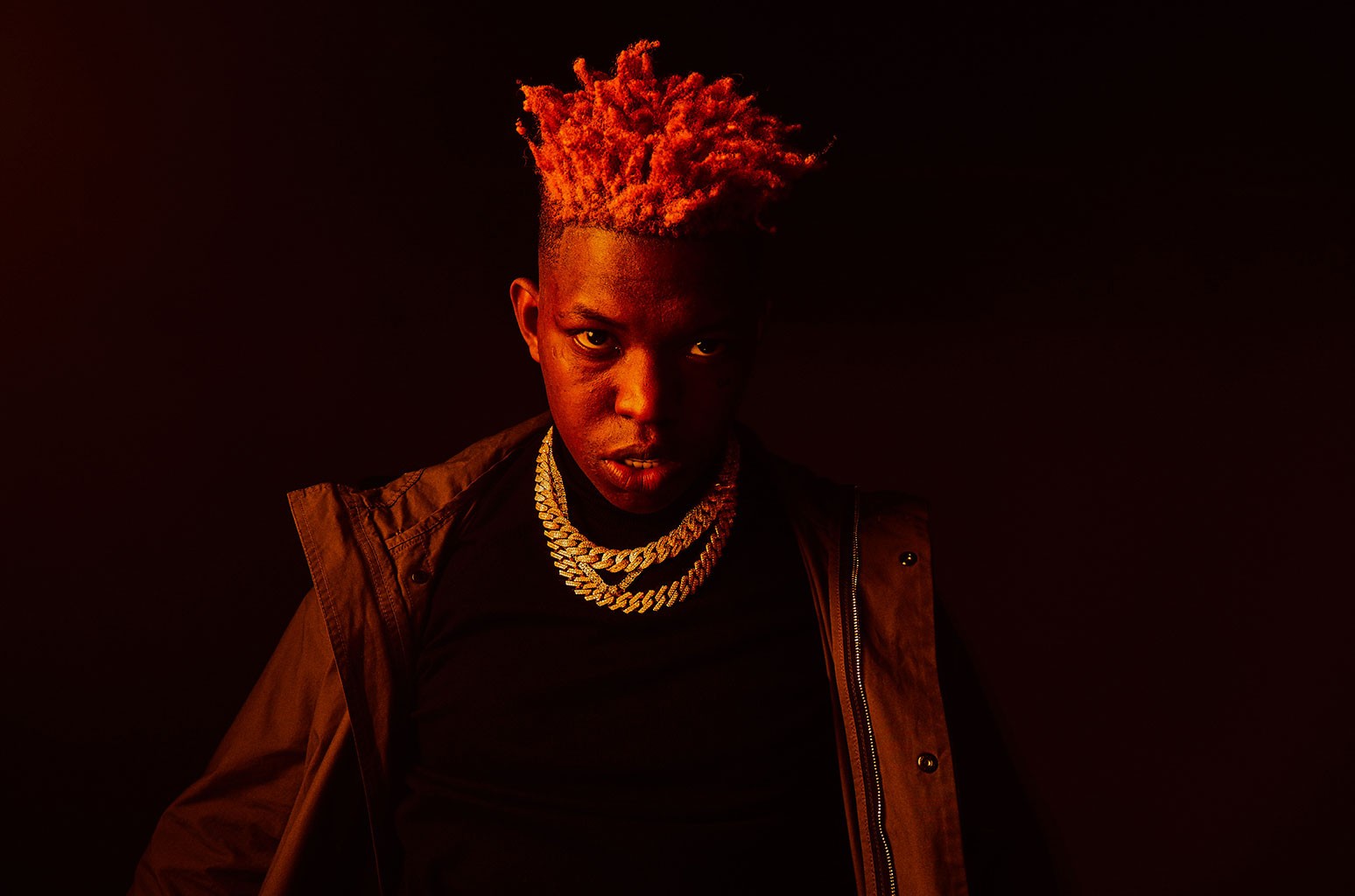 A few things typically go through Yung Bleu’s mind when he’s recording new music. Today, it’s his oranges and how funny they taste. “These [oranges] don’t taste like the ones [from] back home,” Bleu says to his engineer. “There’s a certain taste to it, especially after your first bite, which shows the difference.”

These days, Bleu has been away from home, but for good reasons. Whether it was traveling to Lagos, Nigeria, where he filmed a music video with Afrobeats superstar Davido, performing in packed-out parties across the United States, or being in the studio with Grammy-winning artist H.E.R., everything points to the Mobile, AL native’s journey reaching another level. Today’s stop is Windmark Recording Studio in Santa Monica, CA, where he’s working on his upcoming album, Moon Boy, set to drop Friday (July 23).

As Game Two of the NBA Eastern Conference Finals between the Milwaukee Bucks and Atlanta Hawks plays in the background, Bleu nods and focuses on the monitor containing his music. Every few seconds, the record would stop as Bleu and engineer Nathan Sounds meticulously go over any potential changes. “Make sure the vocals aren’t overlapping,” instructs Bleu. “Move this [slot] up by a little bit. [We] have to make sure the placement is right.”

Throughout this entire process, Bleu goes over every fix, small or large, with no emotion, and the reason why was clear: Moon Boy could change his life far more than his top 20 Hot 100 success record “You’re Mines Still.” Following Bleu’s departure from Columbia Records in 2019, he has enjoyed life as an independent artist.

Bleu’s new distribution deal with EMPIRE for his label Vandross Music Group last year was his first milestone. Secondly, he released two well-received projects in 2020’s Bleu Vandross 3 and the deluxe edition of Love Scars: The 5 Stages of Emotions a month apart from each other. Lastly, Bleu experienced the biggest moment of his career by collaborating with Drake last fall for his multi-platinum smash “You’re Mines Still.”

The record came together because of Bleu’s fellow Alabamian and NBA player, DeMarcus Cousins. The hooper reached out to Drake and advised him to do a record with Bleu. Drake agreed, and together, he and Bleu forged a friendship. “Even when I dropped the record and put it out for the city, I said “Drake would kill this,” because I was thinking of a feature to put on it,” Bleu said. “I just ended up putting it out, and it just happened. I always believed in myself and knowing the kind of music that I make. It’s always just getting the right ear to hear it.”

As much as the South has been a force in rap for nearly two decades and counting, it didn’t mean every city down there was on equal footing. With the quartet of Atlanta, Miami, Houston, and New Orleans becoming the region’s most prominent representatives, Bleu’s hometown of Mobile, AL, was fighting to get recognized. But it was during those times when Bleu discovered his love for music.

“I’ve always had that musical bone in my body because of my daddy making music,” Bleu says during a break from recording. “The same way the child of a basketball player can be good at basketball because they grew up in that environment, it was the same [thing] with me. I remember growing up, and my dad would have us come in the living room to dance and sing.”

Since age 11, Bleu has given his all to music. Whether he was making music on his cellphone to teaching himself how to record, mix, and master, the self-proclaimed “Bleu Vandross” was on his way to not only becoming a future star in Southern rap but hip-hop in general. It was in 2016-17 where Bleu’s Investments mixtape, including popular singles such as “Miss It,” earned him his deal with Boosie’s Badazz Music Syndicate and Columbia Records in the first place.

While fans will immediately think of Bleu’s Drake collaboration as his claim to fame, his A&R, Dashawn “Happie” White, knows that the Alabama product shines brightest when he’s in a room full of stars. “The one thing I recognized with Bleu was he needed to be in the room with other people who are as special or more of it than he is,” relays Happie. “Whenever he’s been in these rooms, it clicked for him that he’s meant to be in there.”

Since nabbing his Drake feature, Bleu hasn’t shied away from working with a who’s-who of hip-hop. His most recent single, “Baddest,” features Chris Brown and 2 Chainz. Last month, he appeared on H.E.R.’s new album, Back of My Mind (“Paradise”). A pair of collaborations with A Boogie wit da Hoodie and Coi Leray have also led to new music (“Track Star” and “Thieves In Atlanta”) for the burgeoning star. And if that wasn’t enough, Bleu recently shared photos of him in the studio with Chloe Bailey and Kehlani.

“Even though I understand I have to bring my A-game, I also know we can help each other,” Bleu said. “People will notice who’s working hard and can shine just as bright as them, and with me, they’ve seen that.”

After working closely on another pair of records, Bleu lets loose and plays them with no interruption. As the time gets closer for us to leave, Tedrick Smith — president of Vandross Music Group — exits the room and makes sure everything is ready for Bleu’s pending arrival at his Moon Boy listening party in Downtown Los Angeles.

The caravan of SUVs has security and is carrying a USB with Moon Boy records, including features from Moneybagg Yo, Big Sean, and John Legend.  Thirty minutes later, we arrive at Members — a popular club venue in Los Angeles — and the party begins. Before Bleu has a chance to relish the occasion, he savors the moment.

“I’ve already had the fame, but seeing the numbers on my new deal [EMPIRE] was ‘making it’ to me,” he joyously explains, a smile creeping across this face. “It was like, ‘Damn, this is a lot to have at the same time.'”