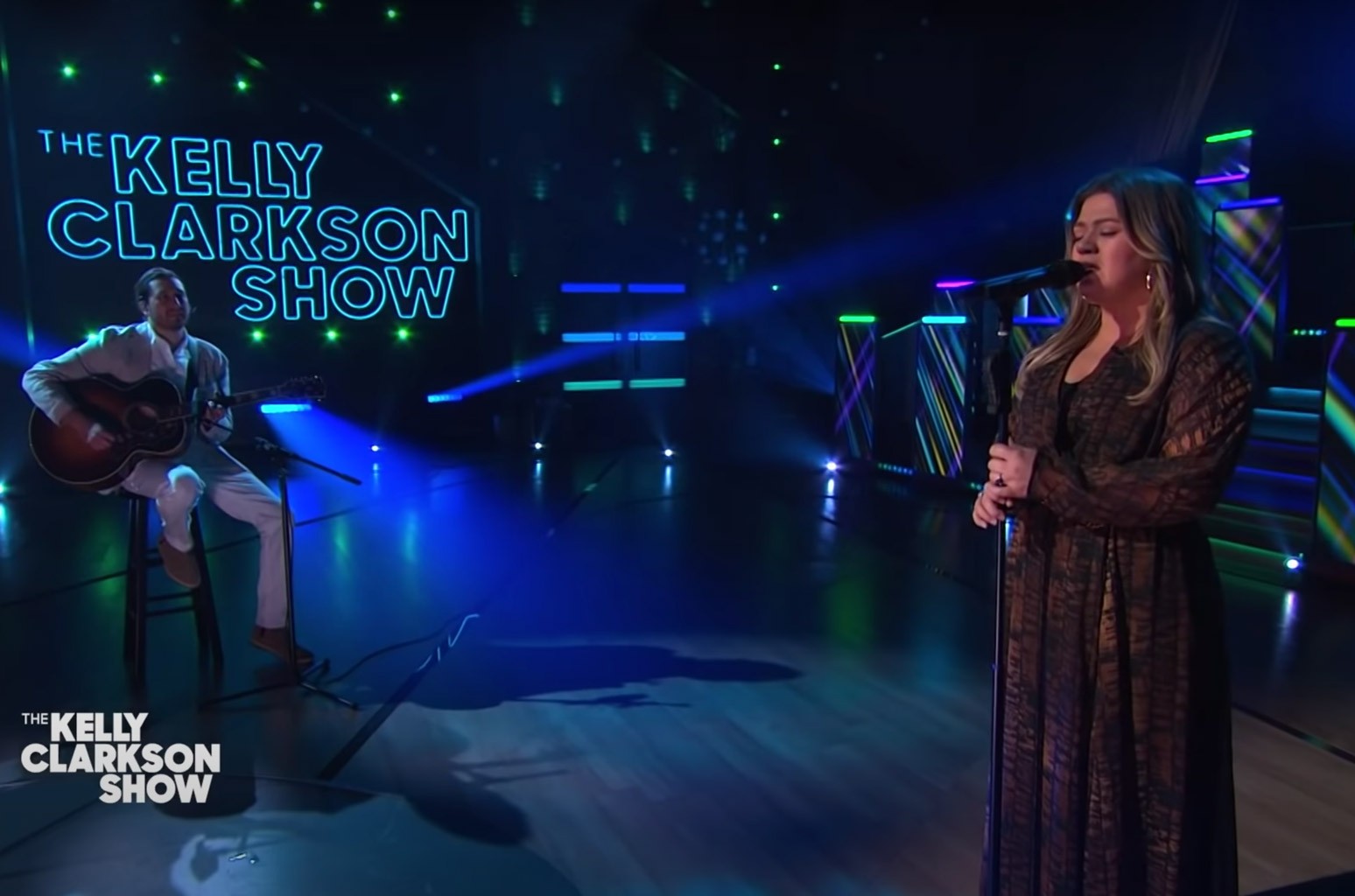 Clarkson enlisted her guitarist Jaco Caraco for the stripped-down performance about not waiting to repair a broken relationship before it’s too late, and it got viewers right in the feels.

“Water Runs Dry,” written and produced by Babyface, was released as a single on Boyz II Men’s II album in 1995. The song reached No. 2 on the Billboard Hot 100. The Spanish version, “No Dejemos Que Muera El Amor,” peaked at No. 1o on Latin Pop Airplay.

Shawn Stockman felt honored to hear the talk show host’s rendition of the Boyz II Men classic. “I love u, Kelly! Thank u for doing such a beautiful job, such an honor to hear u sing our song!”

Watch her Kellyoke cover of “Water Runs Dry” below.