Xbox Series S: optimization is not so easy according to Remedy (Control) 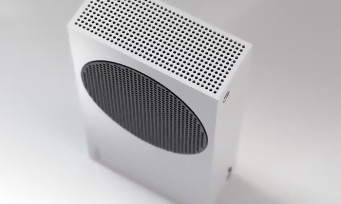 With the Xbox Series X and the PlayStation 5, the Xbox Series S makes up the entire new generation of consoles: yet, it is a machine a little apart since it does not have a disc drive and integrates a good power. lower than its big sister, notably with a resolution limited to 1440p. Thomas Puha, communications director at Remedy Entertainment, spoke right about it … and the little beast would not be as easy to tame as you think.

It’s obvious to think that just lowering your resolution and texture quality will work, but it’s nowhere near that simple.

Sounds good when you say it, but each engine is built in a different way. Gamers may think that a game engine can do a lot of things – well, it depends. Is it an engine that is more GPU related or processor related? Which part are you going to use the most? In Control, we kind of use both because we have a lot of physics, but also a lot of RTX. It makes a huge difference … especially on Xbox Series S.

In other words, it’s not enough to simply lower the image definition and a few other effects to adapt a game on Xbox Series S: according to Puha, it would be much easier to develop a game from A to Z entirely dedicated to this hardware rather than adapting an external software. In addition, the optimization effort is really more expensive for companies, says the representative of the Finnish studio.

We like that there is greater accessibility for action gaming with the Xbox Series S, but the more hardware you have, the more you have to compromise when you’re a small studio, like us, where l ‘you just can’t spend that much time making sure all these platforms are super well optimized.

Of course we have to, but it takes a tremendous amount of resources, not just engineering but also a huge dose of quality control to test all these different platforms.

Now, it remains to be seen how the console will be able to accommodate the next big softs, and if big compromises are necessary. We imagine that Microsoft has already asked the question upstream.