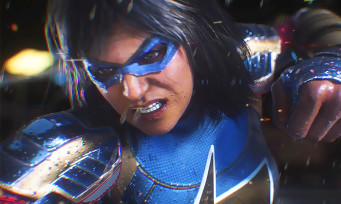 It’s no secret to anyone, especially to subscribers, but Microsoft updates its Xbox Game Pass catalog every two weeks. And today, we are entitled to a little surprise since three new games are added to the list of games already available. If Astria Ascending and Unsighted will clearly please fans of J-RPGs and retro indie games, it is above all a certain Marvel’s Avengers who will create the event. So yes, the game was divided quite a bit when it was released last year, but it’s clearly a blockbuster that the general public won’t be able to ignore. This little surprise in September will allow PC and Xbox users to play it anywhere thanks to Xbox Cloud Gaming and thus enjoy the single-player campaign, but also the multiplayer mode, knowing that all the DLC, even that of Wakanda, is also available. However, it will not be possible to collect the 8 additional cosmetic items from the Endgame digital edition. But it is possible to go to the cash register to make an update. In addition to the announcement, we are also entitled to a trailer which is there to celebrate the 1 year of the game.