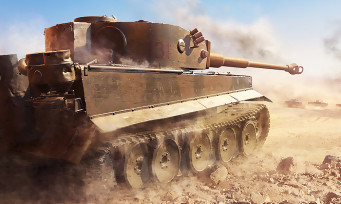 We will have eaten World of Tanks advertisements to the point of overdose, even on television and for good reason: the MMO is a huge success that is still very popular. Moreover, his studio intends to maintain it as long as possible and has just announced the arrival of his baby on PlayStation 5 and Xbox Series X / S. It was the logical continuation, we are therefore moderately surprised: in the program, a higher resolution, an increased and more stable framerate, faster loading times … In short, the minimum union. As it stands, we don’t really know if the title will include graphic improvements and besides, we don’t even have a trailer to chew on or a release date. Anyway, know that a cross-save system will be in place to transfer your progress from the PS4 to the PS5 and from the Xbox One to the Xbox Series X / S. And that is clearly not negligible.