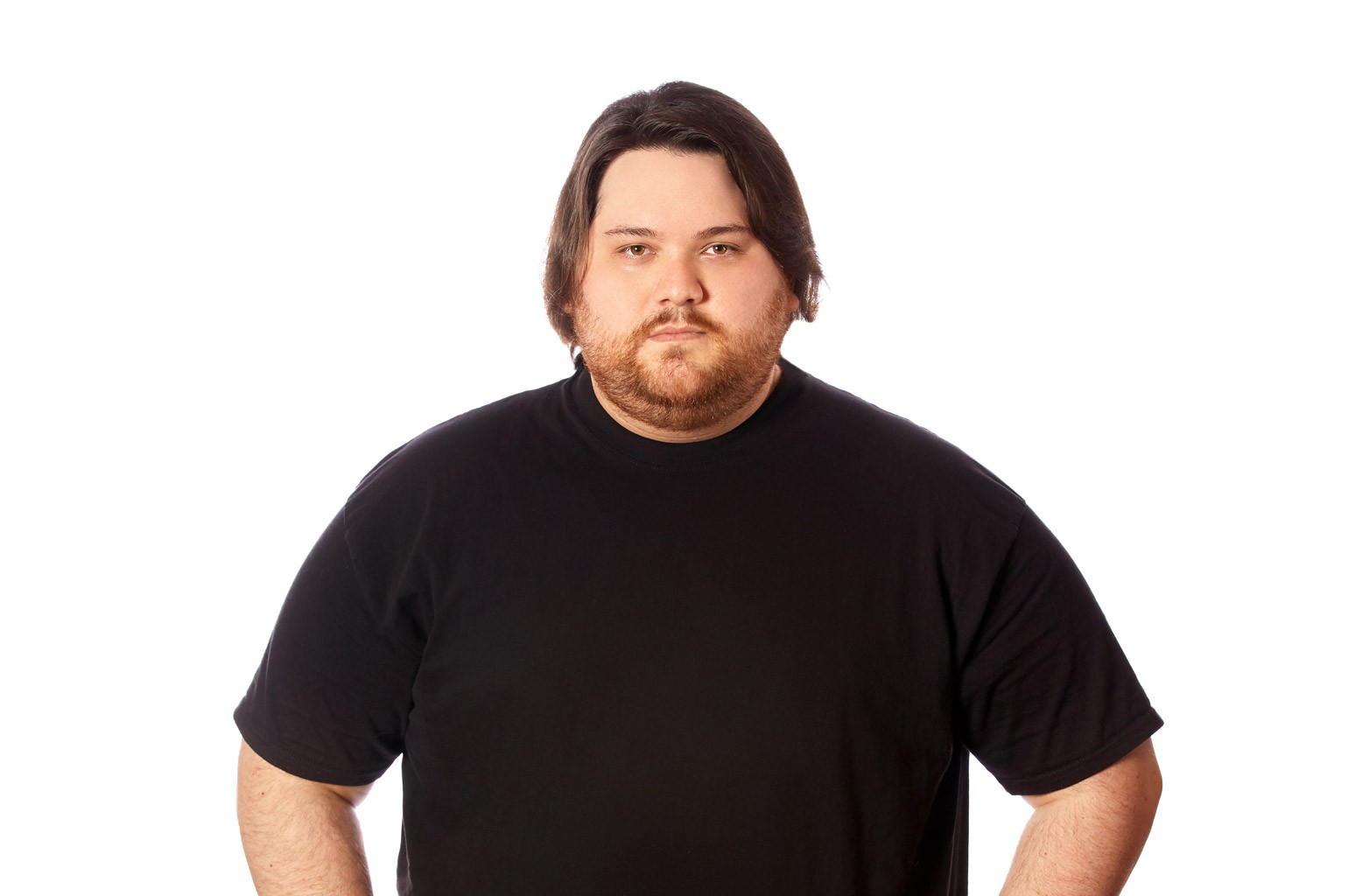 Second generation rockers have a tougher road than you might imagine — just ask Wolfgang Van Halen, son of the legendary Eddie Van Halen. Wolfie, as he’s known to friends and family, has undergone scrutiny ever since stepping on stage at age 16 to play bass on Van Halen’s 2007 tour. With the June 11 release of his debut album, Mammoth WVH, and the opening slot on Guns N’ Roses upcoming tour, Van Halen is ready to step beyond the shadow of his famous name and prove himself as an artist in his own right.

Van Halen’s long-awaited debut is an impressive collection that demonstrates the full range of the 30-year-old’s talent. He wrote all the songs, plays every instrument and sings every note on the 14-song set out on EX1 Records/Explorer 1 Music Group. “I just wanted to show that I’m my own person and that I’m more than just what has come before related to my last name,” Van Halen tells Billboard over Zoom. “While everything that’s come before from my name [are] things that I respect and love, I’m excited to create my own legacy.”

Van Halen admits he’s had to fight misperceptions. “With the name or just having the parents that I have,” he says of Van Halen and his mother, actress Valerie Bertinelli, “people assume that I’m an unmotivated person who is just comfortable in doing nothing and coasting on what has come before with what my name entails. And I’m anything but that.”

Even as he sets the stage for his musical future, Van Halen pays homage to his father with his band’s name. “Since I was a kid, my dad would tell me the story of the band and that it was called Mammoth,” he says of the name brothers Eddie and Alex Van Halen originally gave their band. “It was a three-piece with dad singing, so that’s another connection I have with it. Just growing up, I was like, ‘That’s the coolest name! When I grow up, I want to call my own band that,’ and here we are.”

Van Halen is looking forward to touring this summer with Guns N’ Roses. “You kind of have to say it out loud and it still doesn’t seem real,” he grins. “I’m super thankful. I’ve known Slash and Duff for some time, and I know Axl signed off on it, so it’s an honor for them to want me to be there.” When he hits the road, the Mammoth WVH lineup will consist of Van Halen on guitars/lead vocals; Ronnie Ficarro, formerly of Falling in Reverse, on bass/background vocals; Garrett Whitlock, previously with Tremonti, on drums; Jon Jourdan of To Whom It May on guitar/background vocals; and Frank Sidoris, previously with The Cab and Slash feat. Myles Kennedy & the Conspirators, on guitars/background vocals.

“The guys are really great,” he says. “It’s just a bunch of good friends and great musicians that I’ve known for a while that I thought of when it came to the live aspect of it. I think I’m going to keep playing in the studio by myself because it’s sort of a having-your-cake-and-eating-it-too moment… I wouldn’t be against collaborating with the guys at some point, but for right now I have so much fun in the studio I don’t want to selfishly give that fun time up.”

In addition to recording and touring with Van Halen, the young artist’s musical resume includes playing bass on Tremonti’s Cauterize in 2015 and Dust in 2016, in addition to touring with the band. In 2019, Van Halen played drums and bass on five songs for Clint Lowery’s solo debut, God Bless The Renegades. “I’ve been fans of the people I’ve worked with and it’s been a great honor to work with them,” Van Halen says. “And rather than influencing my sound, it’s been more of getting the experience of working in different areas and knowing how I like to get things done my own way.”

The songs on Van Halen’s album were written several years back, and he had the album finished three years ago, but his father’s cancer diagnosis caused him to put his career on hold. “They all were written from a period between 2013 and 2015,” he says of the songs. “Half of them were done before the Van Halen tour in 2015 and then when I was out there, I wrote like 10 or 12 more songs, so when I got back it was, ‘Okay we’ve got a whole album’s worth of stuff to record.’ Over time I think we got to close to 30 songs that we slowly had to chop away at, so there’s a lot that hit the cutting room floor that I’m excited to turn to for another album.”

As Eddie’s health deteriorated, Wolfgang put his plans on hold to spend as much time as he could with his dad. “My album was done by August 2018,” he says. “I was even rehearsing with the band come December of that year, but as time went on my father’s health kind of declined, so it was a matter of, ‘Hey do you want to go on a tour cycle for 18 months or do you want to spend all this time with your dad?’ I think I made the right choice.”

Eddie died on Oct. 6, 2020 at age 65, but had heard his son’s album and was a fan. “‘Think It Over’ was one of his favorites,” Van Halen says of one of the standout tracks on Mammoth WVH.

The album’s first single, “Distance,” has already hit No. 1 on the Mainstream Rock Airplay chart. The accompanying video features heart-tugging home videos of Van Halen with his parents. “It was [written] during a time of fluctuation in my dad’s health,” Van Halen says of the song. “It was imagining what it would be like to be without someone that important in my life anymore, emotionally what that would feel like on the other side of it. It seems to really express where I am now.

“I was wanting to put something out for my father and all the proceeds went to his favorite charity, Mr. Holland’s Opus,” Van Halen continues. “I was not expecting it to do what it did. The video just hit five million views on YouTube. It’s just insane to me. I never would have imagined that. It was just supposed to be for the moment, and it wasn’t the first song I planned on releasing because it’s a bit softer compared to what’s on the album. I mean there are songs like ‘Resolve’ and ‘Circles’ that are a little bit softer. It’s not completely out of the norm for the sound. It wasn’t what I wanted to open with, but it just felt like the right thing in the moment.”

“Don’t Back Down” is the album’s current single and Van Halen humorously portrays every character in the video. “I had that idea for a very long time. We didn’t even know what song it would be for,” he says. “I thought it would be really funny to have a whole bunch of me playing it like it was in the recording process. We took two days filming it and I’m happy with how it turned out.”

Though serious about his musicianship, Van Halen is happy to show fans his lighter side. “One of the greatest lessons I learned from my dad is to enjoy yourself and not take anything too seriously,” he says. When asked for other advice his dad taught him, he replies with a laugh, “If you ever make a mistake on stage, do it twice so that everybody thinks that you meant to do it.”

Van Halen was at his dad’s side when he passed away, and the months since have been hard. “Time moves and you’ve got to keep going. It’s a tough and harsh reality,” he says. “If I were to just give up, dig a hole and sit in it like I feel like I want to every day, dad would really be pissed off at me.”

Though he’s anxious to talk about his music, Van Halen is gracious in fielding questions about his dad and realizes there will come a time when his memory won’t loom quite so large in the conversation. “I certainly will like it when it is on me as a person and not just me as a son,” he admits, “but I’ll always be there to champion my father and his legacy.”

That includes speaking up when he felt his dad was slighted during the Grammys In Memoriam segment. Though Van Halen was asked to play “Eruption” on the 2021 Grammys broadcast, he declined; instead, a 15-second clip of his father performing aired. Many felt it wasn’t the tribute Eddie deserved, including Wolfie.

“At this point, I’m over it,” he says of the controversy. “I spoke with Harvey Mason Jr. who is now like the head. He’s a really nice guy and I had a nice conversation with him about the future of rock representation so I’m excited to see what the future brings with the Grammys, possibly better representation of rock or better understanding of the importance of rock in the music industry.”

Though Van Halen is proud of his father’s legacy, he’s looking to forging his own identity with Mammoth WVH. “I definitely made a choice to not sound directly like Van Halen,” he says. “I just think that would be boring if I was a carbon copy of my dad.”

He credits his producer, Michael “Elvis” Baskette, with helping build his confidence, especially with his vocals. “I’ve been singing my whole life and my professional career doing backing vocals, but it was the first time that I really had to discover what my lead vocal would be like,” he says. “It was tough for me to figure out how to get that done, but Elvis had faith in me when I didn’t, and he helped push me. Once we got the first couple of songs done, I started getting the confidence that I could do it.”

That conviction comes across in the songs, which are lyrically relatable, musically powerful and accessible. It’s potent collection that showcases his triple strengths as a writer, musician and vocalist. There’s a vibrant, uplifting tone, particularly on songs like “Mammoth,” which features the lines, “Anything is possible / You’re not the only one / Let ’em think you’re unremarkable and prove them wrong.”

For those doubting Van Halen, he’s out to prove himself on Mammoth WVH. “I think it’s a rock album for everyone,” he says. “If you enjoy rock music, you’ll find something you like. There’s the core sound, something like ‘Mammoth’ and ‘Epiphany,’ but if you go to the left, you’ll hear things like ‘Distance,’ ‘Resolve,’ ‘Circles’ and ‘Think It Over,’ but if you go to the right of the center, you can hear things like ‘The Big Picture’ or ‘Stone’ [which are] heavier songs. It’s a varied sound, but overall, it’s a hard rock album that I think everybody could find something to enjoy.”