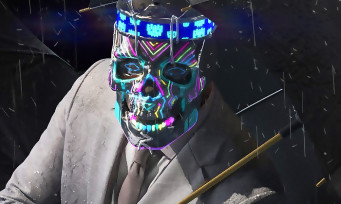 Released 5 months ago, in October 2020, Watch Dogs Legion unfortunately did not work with players. If Ubisoft is careful not to reveal the sales figures, the title is nevertheless a commercial failure. Despite everything, the publisher does not give up and continues to offer content to keep the game alive. The “online” mode is one of these additional assets to increase interest in the game, and after a few small setbacks, it is finally available. Since today, therefore, an update has been deployed so that players can meet on servers in order to do missions together. It will be possible to form a team of 4 people to explore the open world together, to chain cooperative missions with very specific challenges and to compete in PvP to measure your skills. The last trailer to date allows to know a little more besides.

Free cooperation in open world: players will be able to team up with up to 4 players and explore London, take part in city events, take on challenges and participate in side activities.

New co-op missions: Available for two to four players, these new missions will use new co-op gameplay mechanics and allow players to recruit the perfect team to fight the dangers that threaten London while discovering the city’s most iconic landmarks.

The first Player vs. Player (PvP) mode: Named Arachnobot Arena, this mode will allow four players to control armed arachnobots and compete in a high-intensity deathmatch where everyone will play in beggarly mode.