We’ve got some exciting stuff going on!

We’ve deployed a patch for the game (it will break saves), but more importantly, we have kicked off a BLACK MESA CUSTOM PC giveaway with !

You have from now until October 6th to enter to win the ORIGIN PC pictured below! 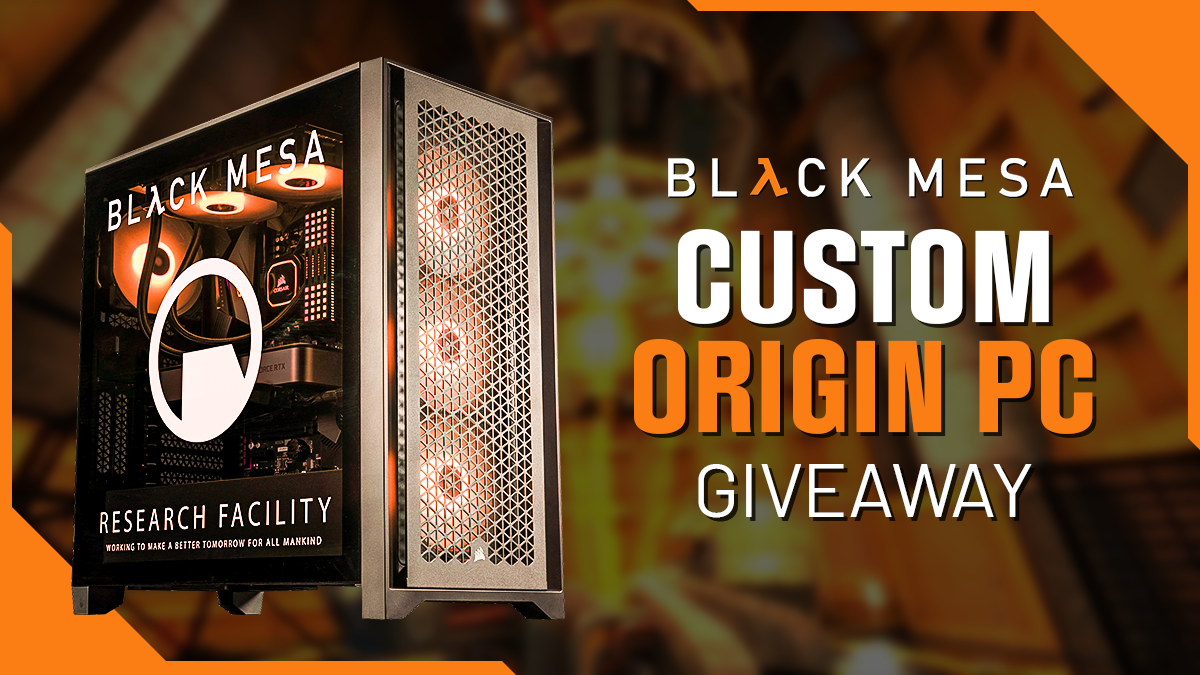 Click the link below to enter to win this beautiful piece of custom hardware. The team at ORIGIN PC made sure it didn’t just have brawn, it’s got brains too!

All in a sleek Corsair 4000D Airflow case (and did we mention it is custom?). The ORIGIN and Black Mesa team have been talking about doing a collaboration for years, and we finally were able to make it happen.

We hope you are as excited for this promotion as we are. In addition to the PC, we are also giving away some Steam gift cards and Black Mesa game keys.

You can enter until October 6th using the link above.

We’ve been 75% off before, but not since the game hit 1.0. The sale will last until Monday, September 20th at 10 AM PST. If you or one of your friends has been waiting to try Black Mesa, now is a great time to check it out!

As we said before, this patch will break saves (sorry, we had to re-compile some maps for fixes) You may have to start the chapter again or continue by loading a map through the console. We went through a spreadsheet of issues reported by the community, fixed some issues with the game (big and small), and added some quality-of-life improvements for the game.

Thanks as always to our great community, and thanks to the team over at ORIGIN for doing A LOT of the heavy lifting to make this happen, and being great to work with. If you are in the market for some new PC hardware, give them a look!

Stay safe out there, and be good to each other!