Trek to Yomi: a launch trailer that is not lace, fans of Ghost of Tsuhima will love 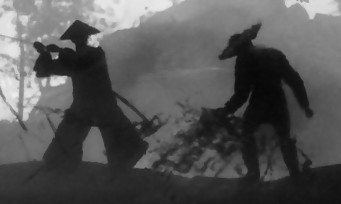 A few hours before its release, Trek to Yomi offers a launch trailer in which the young samurai Hiroki cuts his opponents with a class and an ease that is reminiscent of Jin Sakai, the hero of Ghost of Tsushima. Except that here, it is not an open-world but rather a 2D action game where certain creatures from Japanese folklore will also point the tip of their noses.

As stated in our impressions of the game, “vshe first steps on Trek to Yomi reminded us somewhat of Ghost of Tsushima of course, but also the recent Sifu. The management of “Structure” of the title of Slocap is here replaced by an equally essential management of endurance. If the stamina bar is consumed too quickly, the hero then enters a state of fatigue which only allows him to parry certain blows and perform slow attacks. We can then very quickly find ourselves overwhelmed and die in a few seconds.“

Exploration will also have a say in Trek to Yomi, since it will be possible to find objects and other bonuses that can improve Hiroki’s skills. The game will be released tomorrow (May 5) on Xbox Series X, Xbox Series S, Xbox One, PS4, PS5 and PC, knowing that it will also be available day one on Xbox Game Pass.