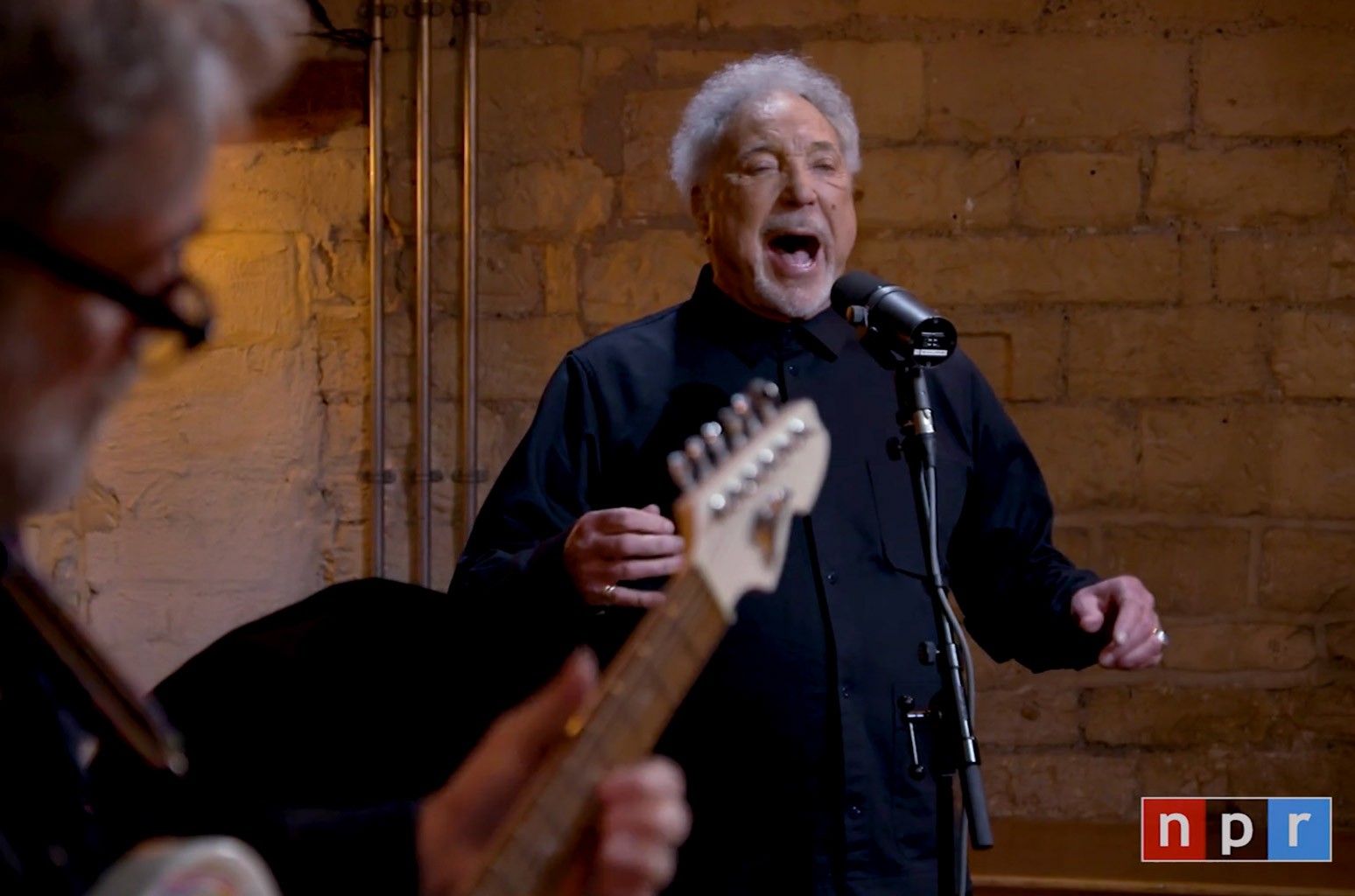 During a recording career that has spanned nearly 60 years, Tom Jones, 81, has somehow remained eternally youthful. The singer, best known for his swinging hits “It’s Not Unusual,” “What’s New Pussycat?” and “Delilah,” was in a contemplative mood during his recent NPR Tiny Desk (Home) Concert, which found him backed by a jazz quartet.

Focused on songs from Jones’ recently released 41st studio album, Surrounded By Time, the pop icon leaned into three tracks that showed off his still-powerful baritone and also made reference to the very real specter of how quickly the sands of time are running out.

Opening with a cover of Bob Dylan’s 1976 song “One More Cup of Coffee,” Jones sang, “One more cup of coffee for the road/ One more cup of coffee before I go/ To the valley below,” an ominous, ambiguous line that Dylan-ologists have puzzled over for more than 45 years. The first live performance of the songs Jones recorded in 2021 included his soul-drenched, urgent cover of Malvina Reynolds’ 1971 folk song “There’s No Hole in My Head” and a song NPR notes that jazz composer Bobby Cole suggested a then-33 year-old Jones try singing nearly 50 years ago.