Do you like video games ? Do you like Franco-Belgian comics? So Microids is bound to have something in stock for you right now. Asterix & Obelix: Slap them All will arrive in less than ten days. Marsupilami: The Secret of the Sarcophagus has just been released (our test also by the way). And on October 27, the friendly The Smurfs: Mission Malfeuille came out of the woods. How do we know the game is fun? But because we have covered it up and down, name of a little Smurf! 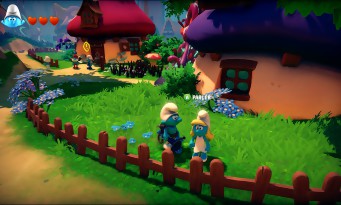 This new Smurfs adventure places the famous blue team in front of a plant threat called Malfeuille. This poisonous plant corrupts the surrounding nature, transforms simple expanses of grass into dangerous areas, causes the appearance of aggressive creatures called Malbetes, and propels Maltrappes seeds, flowers capable of imprisoning the unfortunate Smurfs who pass nearby. Fortunately, Handyman Smurf has developed a Vaporisaschtroumpf that could be a game-changer. This healing weapon (the game is essentially non-violent) is able to reverse all of these situations, all the better as it gains abilities over the course of the adventure chapters: Grosplash to propel itself towards the ground after a jump , Smurf-glider to let itself be carried in the air, Smurf-sprint to run into obstacles and enemies, and finally aspiration and expiration of certain objects and creatures. 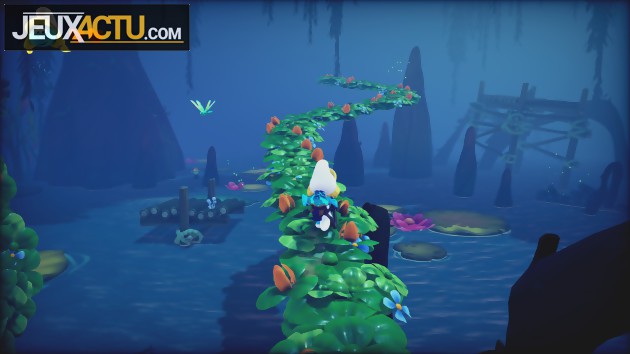 To increase the effectiveness of all this, the player should not hesitate to collect the resources scattered throughout the levels, the latter being also sometimes really difficult to access. The game thus balances its accessibility and depth. The youngest players will be satisfied with a little improved weapon while the more experienced will find the best hidden resources, in order to ultimately benefit from a larger tank, a greater number of life points, ‘better maneuverability while gliding, increased Grosplash power or even a sprinted jump. Accessible but by no means simplistic, the gameplay works very well. Some passages will even be relatively difficult for the youngest players. We think in particular of the phases where you have to jump, then hover and collect spores placed in the air in order to prolong the flight, while bouncing on flying mushrooms that disappear once touched. 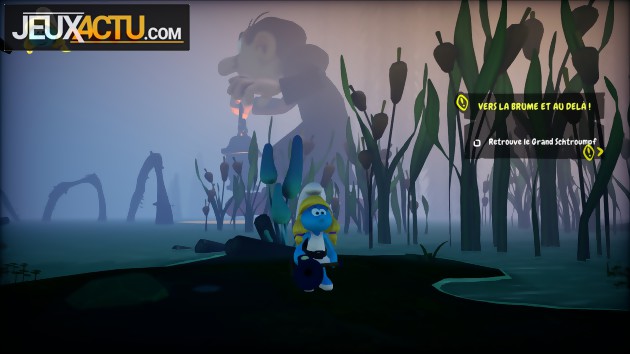 THEY CAME THEY ARE SMURFS THERE 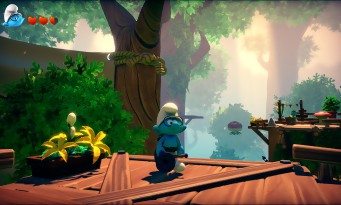 But the greatest success of the game remains its ability to transport us completely into the world of the Smurfs. The colorful graphics don’t betray the comics or cartoons of our childhood, and all the local celebrities are answering the call. It is thus possible to cross the path of the aforementioned Handyman Smurf, Papa Smurf and his red cap, the Peasant Smurf and his country accent, the Lazy Smurf that can be woken up several times, the Greedy Smurf endangered by his great appetite, the Beta Smurf and his replicas next to the plate, the Wild Smurf and its primitive phrasing, or the Smurf Grogron and his famous “” me, I don’t like “. different French voices are also very convincing, which adds to the success of the whole. As for the playable Smurfs, they are the Strong Smurf, the Spectacled Smurf, the Cook Smurf and the local superstar: the inescapable Smurfette. If taking in hand these different characters is rather pleasant in terms of atmosphere, that does not however change absolutely nothing as regards the gameplay. From this point of view, only the evolution of Vaporisaschtroum pf account. The game is in a co-op mode, similar to that of some Nintendo titles. Understand by this that the second player takes more the role of assistant (in this case a kind of smurf robot) than of equal partner. The SAM (for Motorized Aerial Care) is capable of treating contamination and Malbetes, throwing explosive seeds and flying. Nothing more. He therefore does not control either the camera or the specifics of the Vaporisaschtroumpf, and cannot stray too far from the main player. Some grumpy people can always exclaim “me, I don’t like real-fake coop”, but this principle actually turns out to be perfect for a couple of players made up of a big brother and a little brother, or a parent and his child. 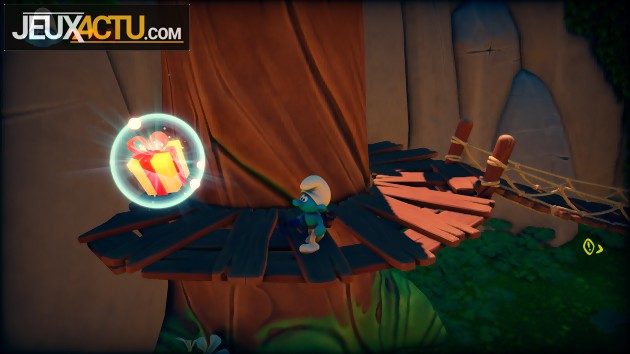 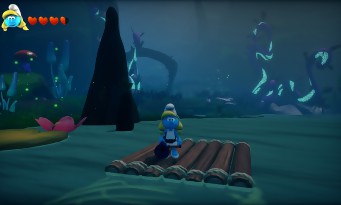 You will understand, the game is overall quite charming. But it is not without its flaws! Most of the time the camera is very (even too) close to the main character, which causes some problems in the tightest places. On the other hand, if Gargamel does indeed appear in the last third of the game, the cat Azrael is however totally underexploited. We see him in a corner of the scenery at one point, and that’s it! The developers however had the opportunity to concoct us an interesting boss phase and facilitated by the size of the feline, which is not disproportionate compared to that of the Smurfs. Alas, the studio preferred to confront us with Gargamel in a last rather awkward, even painful level. This is a phase that mixes platforms in side view and infiltration, since the player must avoid the lantern of the wicked wizard which only the hands can be seen. But this last minute gameplay change is not well mastered. Bugs and rhythm problems come to mar an experience which however avoided any major misstep until then. Finally, the lifespan is a little weak since five hours are enough to complete the story. It is still possible to prolong the pleasure after the end credits, by going for a few extra hours in search of the resources left aside during the adventure. Some of these elements indeed require a lot of dexterity to be achieved, while others were quite simply inaccessible during the first visit of the levels, for lack of a sufficiently improved Vaporisaschtroumpf.