The Medium: details on the dual reality system, we will not be able to activate it at any time 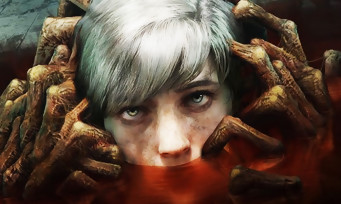 If there is one mechanic of The Medium that has received particular attention from Bloober Team, it is that of the double reality. Moreover, the Polish studio did not hesitate to file a patent to be sure not to be piqued by the idea. As part of an interview with our colleagues from Gamingbolt, the producer Jacek Zieba provides some welcome clarifications. “The main idea of ​​the game is duality, offering different points of view, whether it’s the story or the gameplay, he explains. This is why the dual reality is one of the foundations of The Medium. It doesn’t happen all the time, players will only benefit from it for a third of the adventure. The rest of the time, the plot takes place in a single dimension: the real, or the spiritual world.“

Later in the interview, he adds: “At certain times in the game, it will be possible to switch from the real world to the spiritual world in specific places. On the other hand, we will not be able to switch dimension at any time during the game, since it is designed so that gameplay mechanics can be unlocked in their own dimension, but also during double sequences. reality. […] If we can feel safe in one world, when the double reality kicks in, there is nothing to say that a creature will not be lurking in the shadows in the other world.“

Finally, regarding the lifespan of The Medium, Jacek Zieba confirms that it will take between 8 and 10 hours to complete it. We remind you that the game’s release is set for January 28, 2021 on Xbox Series X and PC, while we were expecting it for December 10.

PS5: stocks will be back very soon at some resellers, we take stock of restocking
Today at 11:36

John Sweeney, one of the 2 artistic directors of The Last of Us 2, recruited by Insomniac Games
Today at 10:25

Middle-earth Shadow of Mordor: The servers have been cut, here’s what no longer works
Today at 10:14