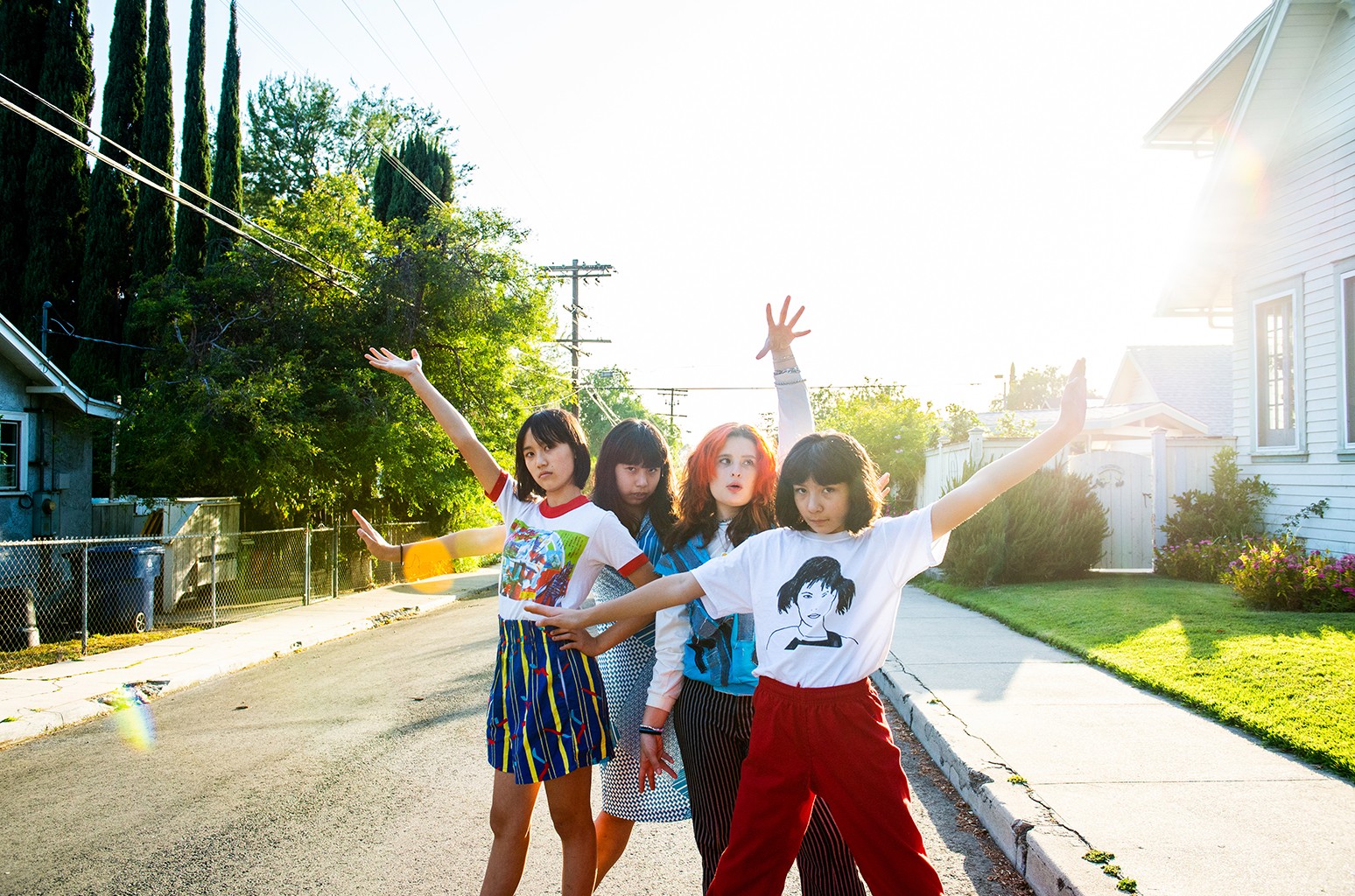 While most of their friends are probably busy dreaming of summer camp and swimming pools, the members of teen punk sensations The Linda Lindas rocked Jimmy Kimmel Live! on Thursday night (June 3) with their breakout hit “Racist, Sexist Boy.” The Los Angeles quartet who blew up last month when a video of their performance of the buzzsaw broadside against xenophobia and chauvinism from the L.A. Public Library went viral also shared the song’s origin story before plugging in.

“The backstory is that a boy from school told me that his dad told him to stay away from Chinese people,” drummer/singer Mila, 10, told to Kimmel about the song that helped land the quartet a deal with punk powerhouse label Epitaph Records. “And I told him that I was Chinese and he backed away from me.”

Bassist/singer Eloise, 13, added, “There’s also a lot of sexism around boys our age… So we were really angry and we decided to write a song about it.” Eloise also helpfully explained that, no, none of them are actually named Linda, but that they were inspired by a indie Japanese film called Linda Linda Linda that features a high school band covering a song called “Linda Linda” by the Japanese band The Blue Hearts.

And, because life is weird, guitarist/singer Bela, 16, revealed that she was in history class when she realized that people were noticing the library video after her phone just “kept buzzing,” prompting a quizzical look from her teacher. “And then I opened my Instagram and it’s like my whole feed is of us,” she said. “And I was just like, ‘Whoa!'” For the record, they don’t know if the boy in question knows the song is about him, but also they don’t care.