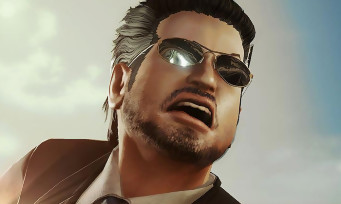 Last September, Bandai Namco Entertainment took advantage of the Tokyo Game Show 2020 to announce that Tekken 7 had passed the milestone of 6 million copies sold worldwide. We thought that the pace would slow down somewhat, but we have to believe that the fresh content offered regularly by the Japanese publisher has kept this momentum going. Indeed, at the turn of a tweet, Katsuhiro Harada (renowned for having been the producer of the series for many years, before giving way to his right-hand man Michael Murray) let it be known that Tekken 7 now totals more than 7 million of games elapsed.

We remind you that the game was first released in 2015 in Japanese arcades, before landing on consoles and PC in 2017. Today, it is in its 4th Season Pass, as evidenced by Lidia Sobieska’s recent announcement, Prime Minister of Poland. As for Harada-San, in 2019, he was appointed producer of the major licenses of Bandai Namco Entertainment (Tekken, Tales of, Ace Combat, SoulCalibur, Dark Souls among others), and even allowed himself to open his own bar recently.

He shouldn’t forget that some fans are still praying for a Tekken X Street Fighter release, eh? Personally, we no longer believe it.