Switch Pro: new info on the processor and 4K, a much more powerful machine? 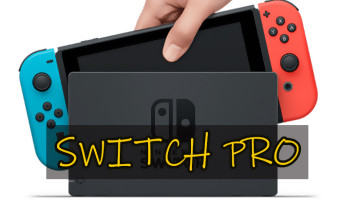 Bloomberg is decidedly in good shape when it comes to talking about the Switch Pro. Still not revealed by Nintendo, its existence no longer seems to be in doubt given the many rumors of rather well-founded corridors: at the beginning of the month, the English-speaking media revealed that this new model would ship a larger 720p OLED screen, with the ability to display 4K in dock mode. Today, the two journalists Takashi Mochizuki and Ian King (still from Bloomberg, obviously) rumor some new details as for this brand new grind.

So, reporters say that the Switch Pro would carry a new processor much more powerful than the current Tigra of the “normal” Switch: it would still be designed by Nvidia and would be compatible with its DLSS technology. As a reminder, the latter makes it possible to naturally upscale an image, for example in 1080p, in 4K without visual loss. The Switch Pro would also ship more memory for greatly boosted performance.

Still according to Bloomberg, developers will nevertheless have to apply an update to games already released so that they can benefit from this new image definition (and everything that goes with it). According to the analyst Matthew Kanterman, the Switch Pro would be marketed at $ 399.99 (instead of the original machine’s $ 299.99, a price unchanged since its release) at the end of 2021.

Obviously, all this information is still not official and it is advisable to take a grain of salt while waiting for a word from Nintendo, although Bloomberg seems particularly sure of his words.