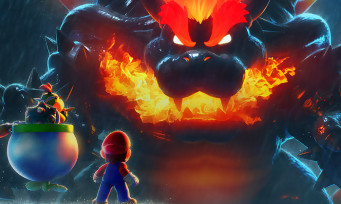 Nintendo continues to strip the catalog of the Wii U to export it to Nintendo Switch, and the latest port to land on Nintendo’s hybrid console is none other than Super Mario 3D World, released at the time in 2013. It is indeed a payoff and it is through a first trailer that we can get to know this port, which however will not come empty-handed. We learn indeed that in addition to the base game, a multiplayer component will make its arrival in the game, hence the name “+ Bowser’s Fury “which has been added to the title of the game. Obviously, among the new features, the additional levels will bring a difficulty well above the average, while many bonuses will arrive in parallel, such as new amiibo and a Nintendo Switch collector in the colors of Mario. Super Mario 3D World + Bowser’s Fury will be released on Nintendo Switch on February 12, 2021, at a price of 59.99 €, still as part of the 35th anniversary of the Super Mario license.