Streets of Rage 4: Max Thunder, the boss wrestler, is the new playable character 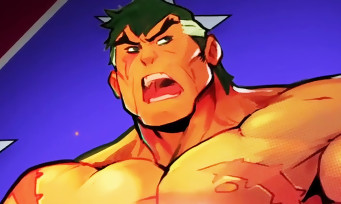 DotEmu gave us a little surprise today, since we had news on Streets of Rage 4, and more specifically on the next playable character to come in the DLC “Mr X Nightmare” revealed last month. After Estel Aguirre, we learn that it is another boss of the game who can let himself be controlled, since Max Thunder, the wrestler, who will strengthen the roster. Obviously, those who finished the game know how powerful Max was in his attacks, if not very fast. However, we must not forget that he is able to strike the ground by creating lightning, just to honor his surname. We are now waiting for DotEmu to reveal the release date of this “Mr. X Nightmare” DLC, expected on all machines where the game is available.