Second Extinction: new trailer with mass of dinosaurs and a release date 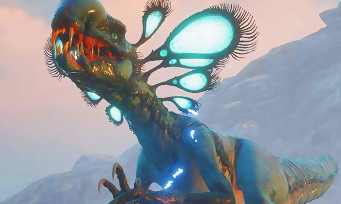 It had been months since we had heard of Second Extinction, a title that caused a sensation at the Xbox Inside conference in May 2020 devoted to Xbox Series X | S games. But in reality, PC players have been enjoying themselves since October 13, since the game is playable in Early Access and the feedback seems quite positive. But console players can rest assured, the title developed by Systemic Reaction (team integrated into Avalanche Studios) will take advantage of the Xbox Game Preview system from next spring. The opportunity to see, or not, if this Second Extinction has the backbone to be a good successor to Turok, even if the emphasis is above all on co-op ‘where hunters find themselves catapulted onto a hostile planet barded super ferocious and super bullet resistant dinosaurs.