Saints Row: video presentation of the districts of Santo Ileso 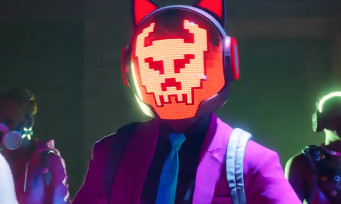 If some of the fans of the Saints Row series are up against the new direction taken by this reboot of Saints Row, which is criticized for its progressive side and its characters straight out of an editor of Sims, Volition and Deep Silver continues to communicate around the game. It must be said that the game is scheduled for February 25, 2022 and that we must begin to highlight the novelties of this iteration. Today it is a question of discovering the districts of Santo Ileso, the game’s new theater of war, presented as having the largest open world in the saga. If the atmosphere seems generally quite deserted, we will find many landscapes, with mountainous backdrops, a bright city center and little more idyllic corners with lakes to contemplate. Of course, it will be necessary to mark its territory to become a gang leader, even if in the look, our heroes really do not seem to be bosses in the making, but rather high school students who come out of a Disney Channel program. And it’s not us saying it, but the fans.