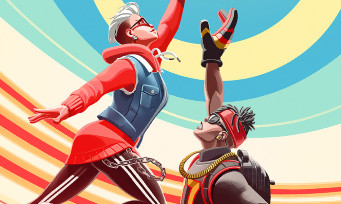 Still without any release date, Roller Champions must however be released this year in 2021. Before Ubisoft deigns to reveal its date of arrival on physical stalls and online stores, the French publisher announces the launch of a beta closed to justify improving the user experience with, as usual, the desire to collect player feedback. This closed beta is therefore scheduled from February 17 at 6 p.m. until March 1 at 10 p.m. French time and will be available on PC, PS4 and Xbox One, knowing that matchmaking will be taken into account, as will the cross-functionality. play between each platform. Ubisoft took the opportunity to publish two videos. The first is just a new trailer, ultra short of 56 seconds, while the second is a Dev Diary that explains everything we can expect from the closed beta, but also new features that have been added in the game.

Basically, Roller Champions now has new game modes such as Ranked, Custom Match, but also temporary game modes like 2v2. We learn that the gameplay has also undergone some readjustments, that there are new solo and team movements, not to mention the arrival of the Skatepark, which is nothing more than a permanent social hub in which 6 players can train simultaneously, participate in limited-time mini-games and have fun with their teammates. Good to know. Finally to finish, we remind you that Roller Champion is developed by many internal studios: Ubisoft Montreal, Ubisoft Chengdu, Ubisoft Saguenay and Ubisoft Pune.