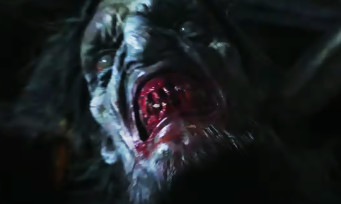 Since Resident Evil 7, Capcom’s saga has fully taken the path of survival horror: bullets can be counted, enemies are formidable and every corridor can prove to be lethal. A formula that will undoubtedly be taken up for the Opus Village and which should reconnect with the thrills of Ethan’s first adventure: however, because the action is dear to Capcom, the developers have integrated the Mercenaries mode in their new baby … to the delight of shooting enthusiasts.

Well known to fans of the saga, this rule of the game requires the player to chain enemies wave by wave in an arena with, for the occasion, ammunition to no longer know what to do with it. A decidedly more aggressive aspect, closer to Resident Evil 4/5/6, but still in FPS and which we can only try when the campaign is over. It shouldn’t distort the main story for you, you see. To illustrate our point, IGN had the chance to get hold of an exclusive gameplay video of over four minutes, generously provided below. Good viewing.

We remind you that Resident Evil Village will be released on May 7 on PC, PlayStation 5, PlayStation 4, Xbox Series X | S and Xbox One.