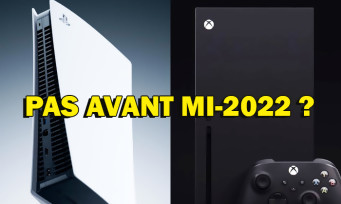 What if the shortage of PS5 and Xbox Series X | S consoles worsens? This is indeed what suggests new rumors emanating from Foxconn, a well-known Taiwanese company that works for major manufacturers such as Apple, Microsoft, Cisco, Huawei, Toshiba, Xiaomi, Nintendo or even Sony. While some analysts believe a return to normal by the end of 2021 for a restocking of new consoles, Yong Liu who is none other than the Chairman of Foxconn believes that the manufacturing constraints of the components necessary for these machines could well extend until the first quarter of 2022. The latter goes further by declaring that order shipments are doomed to drop by 10% in the coming months, recalling that in this global shortage, the PS4 and Xbox Series X | S are clearly not given priority. Several markets are affected by this shortage, since the automobile and telephony are also victims of this lack of ABF substrate.

While it is true that in recent weeks, new stocks have allowed some lucky people to get their hands on the new consoles, it is still very difficult to find a PS5 or an Xbox Series X in store.