PlayStation Store: it will not close on PS3 and PS Vita, Sony is backing down 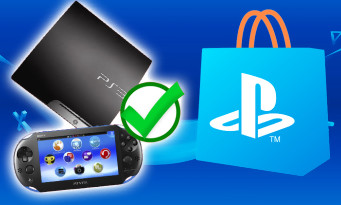 So that, for a surprise, it is a beautiful one. While the closure of the PlayStation Store on PS3 and PSVita was formalized several weeks ago, causing a general rant from players and a massive enthusiasm for these platforms, Sony has just opted for backpedaling with a ticket on the PlayStation Blog : the famous digital stores will not finally close their doors this summer, leaving the possibility to buy titles freely and continue to download updates. Jim Ryan, famous president of Sony Interactive Entertainment, has also allowed himself a real mea culpa.

After careful consideration, we realized that we had made the wrong decision.

When we decided to end purchases on PS3 and PS Vita, we were based on a number of factors, including the challenges inherent in offering support for older devices and the ability to focus our resources on them. newer devices that the majority of our users play on. We have found that many of you wish you could keep buying classics on PS3 and PS Vita. So I’m glad we were able to find a solution.

On the other hand, note that the PlayStation Store will close on PSP on July 2, 2021, as initially planned: with regard to the PS3 and the PSVita, things will thus continue quite normally. So happy ?