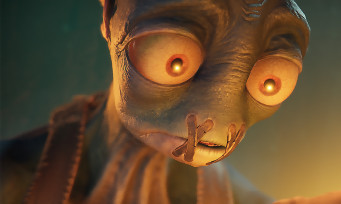 Originally released last April on PS4, PS5, and PC (via the Epic Games Store), Oddworld Soulstorm could be coming to Xbox Series X | S and Xbox One soon, according to a rating body document. ESRB. Indeed, the game of Microids has been classified by the American agency on Microsoft consoles. As on PlayStation and PC, the title will display the T button (for Teen), while the sheet specifies the presence of violence, gore, tobacco use and the presence of swear words.

Remember that Oddworld Soulstorm is a big remake of Oddworld: Abe’s exodus which received bad reviews when it was released in 1998, after being developed in less than a year. The last part of Abe’s adventures has also obtained a nice 16/20 in our columns, as you can see in the test located at this address.

Marvel’s Guardians of the Galaxy: Fans Are Very Conflicted About the Video Game Adaptation
14.06.2021 00:14