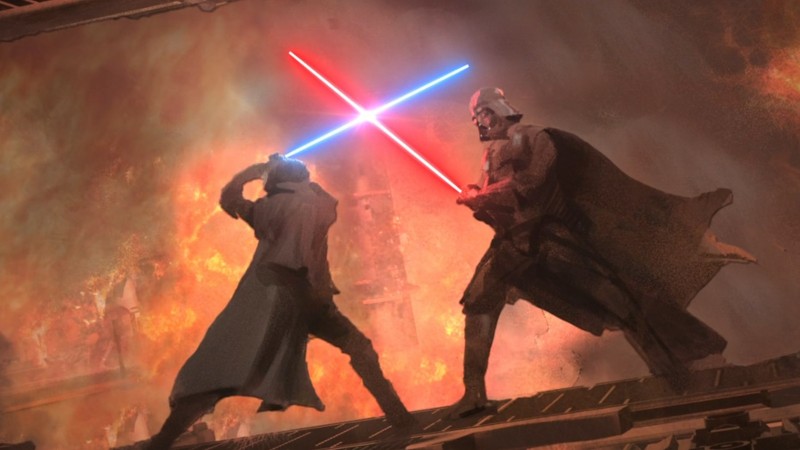 Disney finally pulled the curtain back a bit on its upcoming Disney Plus series, Obi-Wan Kenobi, with a new behind-the-scenes sneak peek, and it teases another duel between the titular character and his old apprentice, Anakin Skywalker.

Of course, since this series follows the events of Star Wars: Episode III – Revenge of the Sith, we know that old apprentice is Anakin Skywalker no more. He’s Darth Vader now. As far as we know, Obi-Wan hasn’t yet seen Anakin as Vader in between the end of Revenge of the Sith and the start of this series so it seems we’ll get to see them meet for the first time on-screen.

We’ll also get to see Obi-Wan actor, Ewan McGregor, share the screen with Anakin actor, Hayden Christensen, for the first time in years during this series. Neither of these actors has made a live-action return to the Star Wars universe since Episode III so it seems we’re in for a treat. McGregor, for what it’s worth, seems especially excited about it if today’s sneak peek is any indication. Christensen does not appear in it.

Unfortunately, the sneak peek is only available on Disney Plus at the time of this writing so we don’t have a way to show you it here – you’ll need to login to a Disney Plus account to view it.

Elsewhere in the trailer, series director Deborah Chow touches on what we can expect from the show other than the return of McGregor and Christensen. McGregor mentions that Obi-Wan’s one task when the show starts is to keep Luke Skywalker safe. Chow then says “that’s definitely a starting place for our story, but the interesting thing is going to be where it goes from there.”

We see some flashes of concept art from the series throughout all of this, too, and it reveals the second faceoff between Obi-Wan and Anakin, some Coruscant-esque cities (which means the show won’t take place entirely on sandy planets, something Christensen is probably excited about), and more.

Are you excited for Obi-Wan Kenobi? Let us know in the comments below!