New Halo Infinite Details Revealed, Including Crossplay And Cross-Progression For Xbox And PC 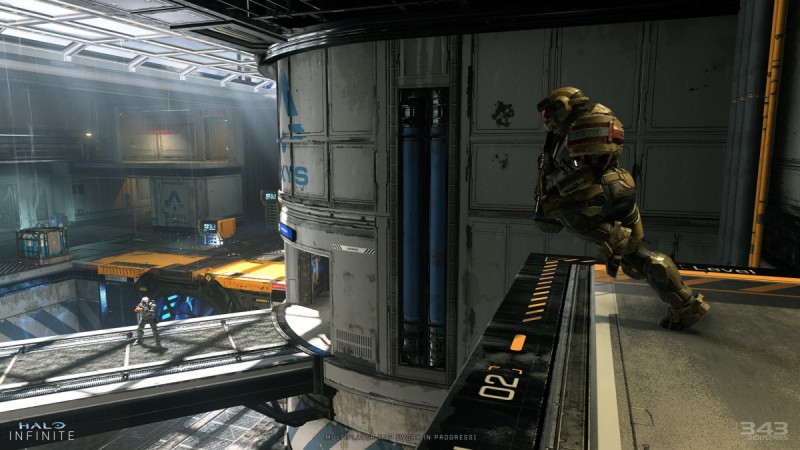 New Halo Infinite details have been revealed, including that the upcoming shooter from 343 Industries will be crossplay and cross-progression-compatible between PC, Xbox Series X, and Xbox One. Not only will players be able to play with their friends no matter the generation or platform within the Windows family, but they won’t lose any progress should they choose to bounce between PC and Xbox.

In addition to being more accessible in terms of availability, Microsoft has also confirmed that 343 Industries is working hard to ensure that the PC version of Halo Infinite exceeds expectations. One of the ways that it is doing just that is offering a “premier PC experience” with features like ultrawide and super ultrawide support, triple keybinds, a wider variety of “advanced graphic options,” and more.

While not a new trailer or a release date for when the now-delayed game will arrive, the PC dedication in addition to console is a good sign to see. When the Halo Masterchief Collection first made its way over onto to Steam, it was plagued with stability issues, a ton of bugs, and poor porting. The team has worked tirelessly to correct these problems and has largely turned the experience around. Given that, however, it is easy to see why 343 would want to avoid a similar situation with a brand new game like Halo Infinite.

Regarding when a possible release date will be set, we don’t know for sure. That being said, a voice actor reportedly tied to Halo Infinite, actor Verlon Roberts, recently mentioned during a podcast that it will release in the month of November. He claims to be playing Spartan Griffin, a character from the Shadows of Reach companion novel and a character that hasn’t been confirmed by the studio to be in Infinite. Still, the actor doesn’t really have any reason to lie about that, so perhaps Griffin’s reveal will come in whatever showcase Xbox has next.

Halo Infinite was meant to be a launch title for this generation with the Xbox Series X, but it was delayed when criticisms came in bulk about the state of the game during a previous gameplay reveal. Instead of pushing forward to hit that launch, 343 instead made the decision to delay the launch altogether and get it right the first time.

To learn even more about the upcoming game and what else is happening in the 343 universe, you can check out our Halo: Infinite game hub right here.

Thoughts on the PC-specific features for Halo Infinite and the crossplay/cross-progression availability between PC and Xbox systems? What are your overall feelings about Halo Infinite as a whole? Sound off with those hottest of hot takes in the comment section below. Craig the Brute would want you to.