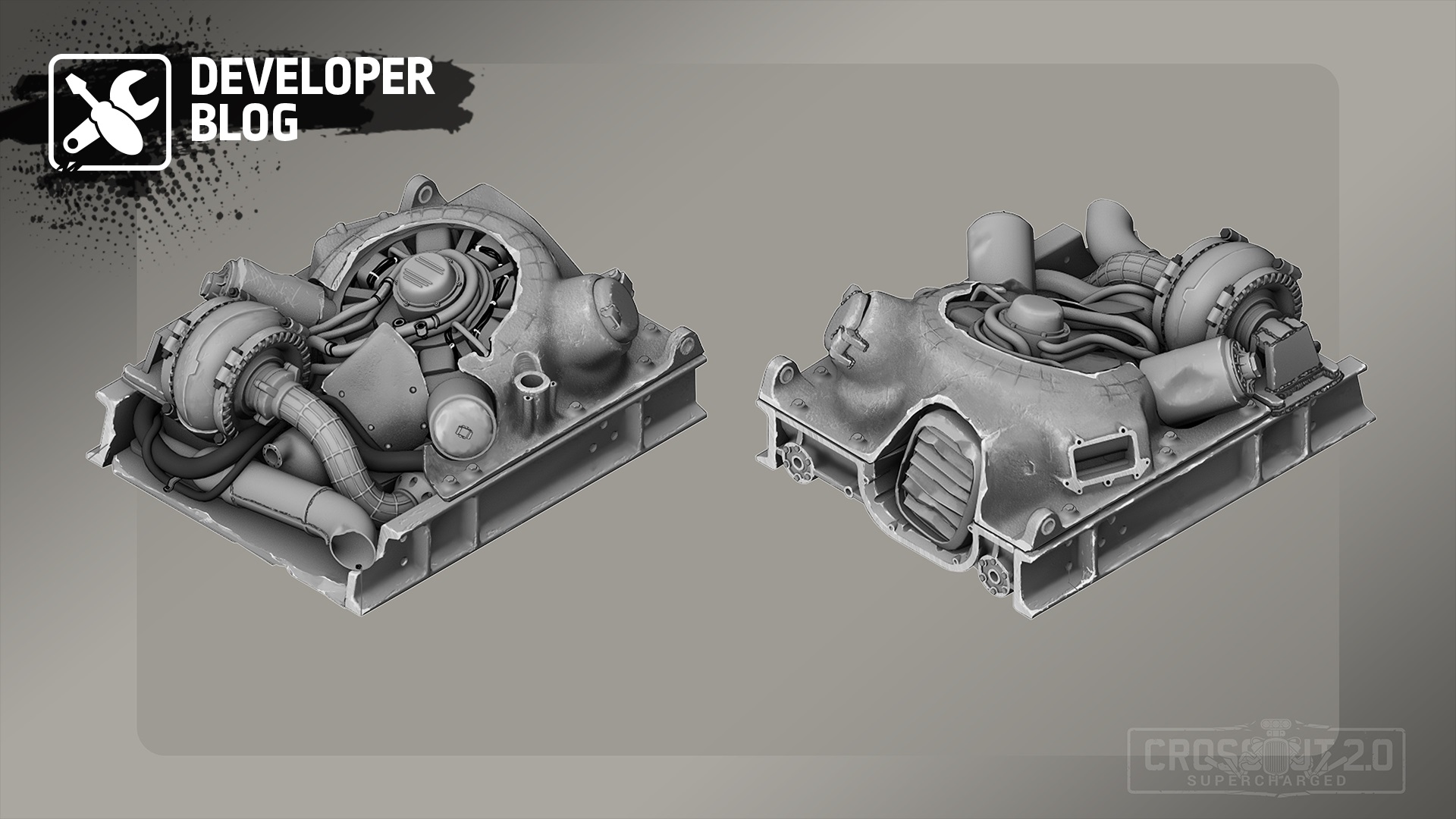 While you are conquering the snow-covered expanses of the Wasteland on these winter days, one may think that the only thing missing is a truly “winter”, northern faction with its distinctive massive parts, which combine the harsh temper of its members and the aesthetics of dieselpunk.

The upcoming season in Crossout will be dedicated to exactly such a faction. In this series of development blogs, we will find out together what new surprises the mysterious “Hyperborea” has in store for us.

We remind you that all the new features described in the “Developer blog” are not final and may be changed before they are introduced into the game or may not make it into the game at all. This applies not only to information about possible unique features of new parts, but also to the appearance of the parts themselves. 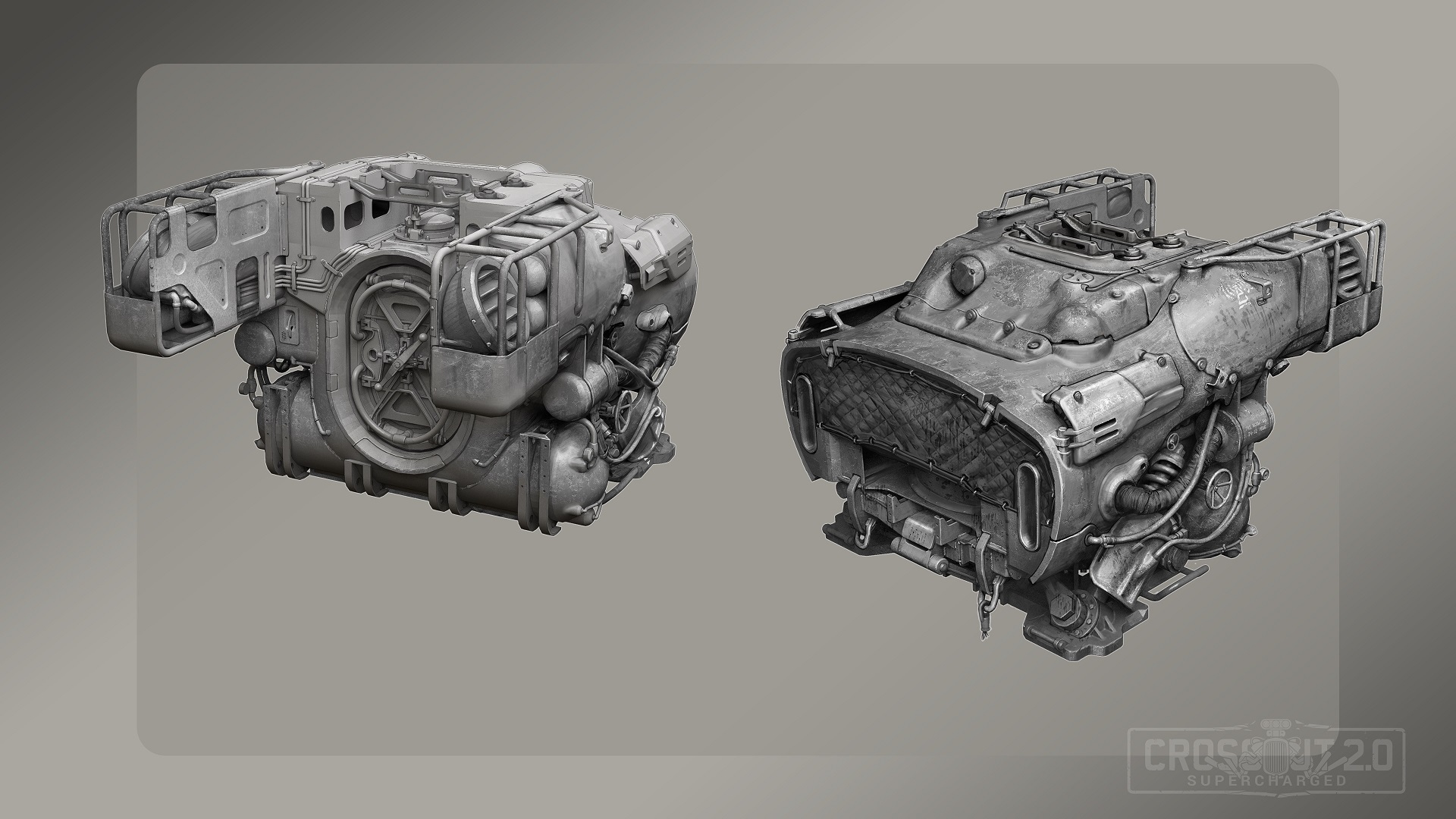 One of the cabins of the new faction (yes, a little hint of the future!) is perfect for those who want to control their drones, turrets and quadcopters.

The perk of this cabin will consist of active and passive features. Passively (i.e. always) you will be able to set a target for any drone, turret or quadcopter (similar to the target designation of the “Annihilator” drone). If you activate the perk, then the damage of all drones, turrets and quadcopters will be greatly increased, but they will all be destroyed as soon as the duration of the active ability ends.

The cabin’s form factor is very convenient and suitable for various purposes. Its length is 8 “pins”, width — 5 “pins”, and its height is 5 “pins”. The cockpit has cavities designed for mounting both drone launch modules and other additional modules. The number of attachment points on all sides will also give you a lot of opportunities to armour the car and apply non-standard design solutions. Practicality in everything is a distinctive feature of the Hyperboreans.

You often asked us about a new lightweight generator — an analogue of the “Apollo”. It’s time to meet “Thor”! Like “Apollo”, the new generator adds 4 pts. of energy, but it is noticeably more compact than its heavier counterpart. In horizontal projection, its dimensions are 5 “pins” in length, 4 “pins” in width and 2 “pins” in height.

The durability of the new generator is about half that of the “Apollo”. But the mass is almost three times less, which will definitely be appreciated by the owners of lightweight armoured cars, who had to make sacrifices for the sake of an additional unit of energy.

Experienced survivors have probably already realized that everything is not so simple, and there must be some sort of a special condition here. The explosion of this generator is extremely dangerous for an armoured car — its power is almost twice that of the more reliable “Apollo”, so think several times how to better hide it under layers of armour. Otherwise, the fragments of your car will fly in all directions.

New faction will also add new structural parts to the game. In this blog, we would like to show you a massive metal bonnet (6x1x3) and a new, durable bumper — a snow plow. In the following parts, we will present you other structural parts, so don’t miss it! 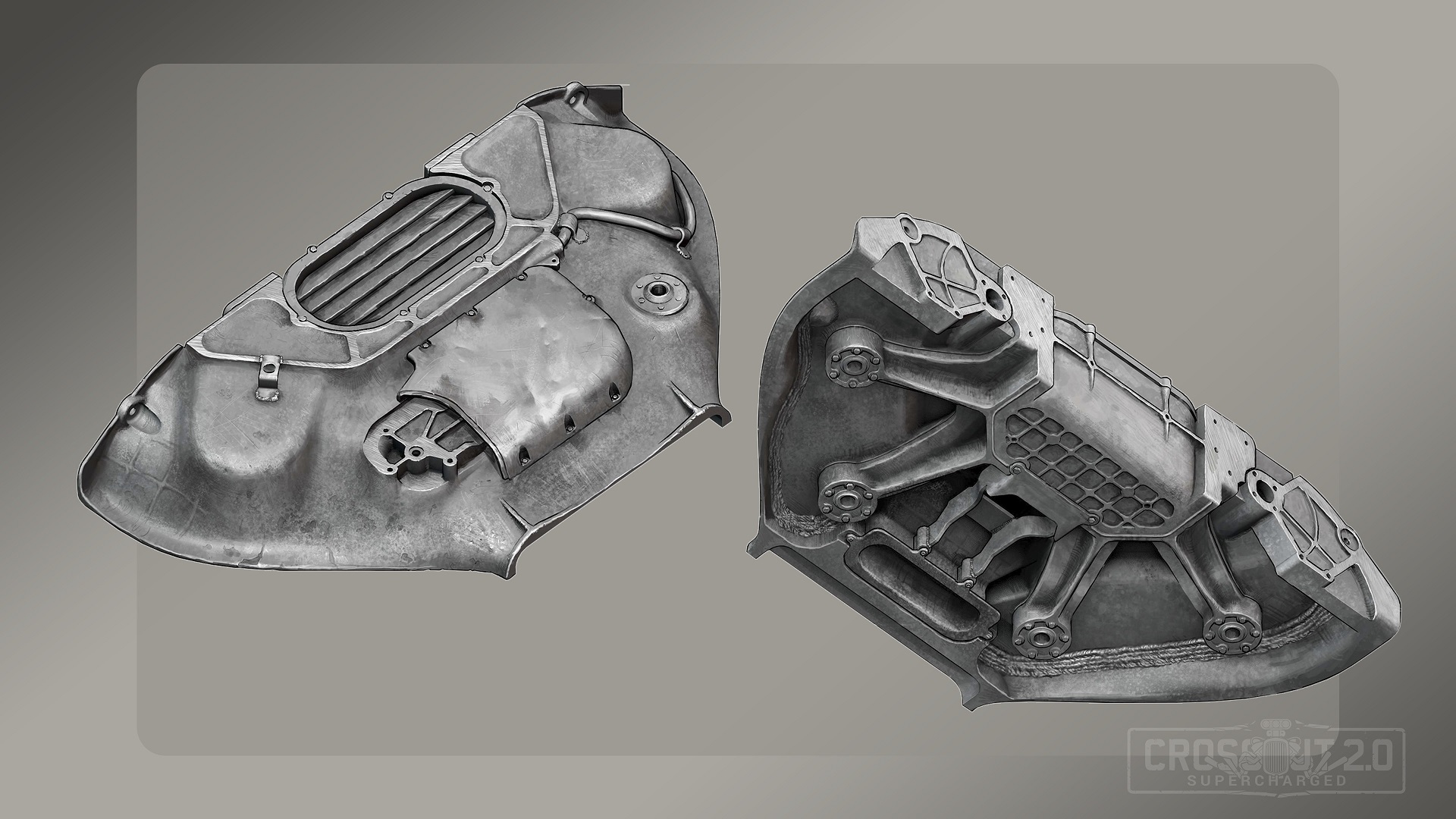 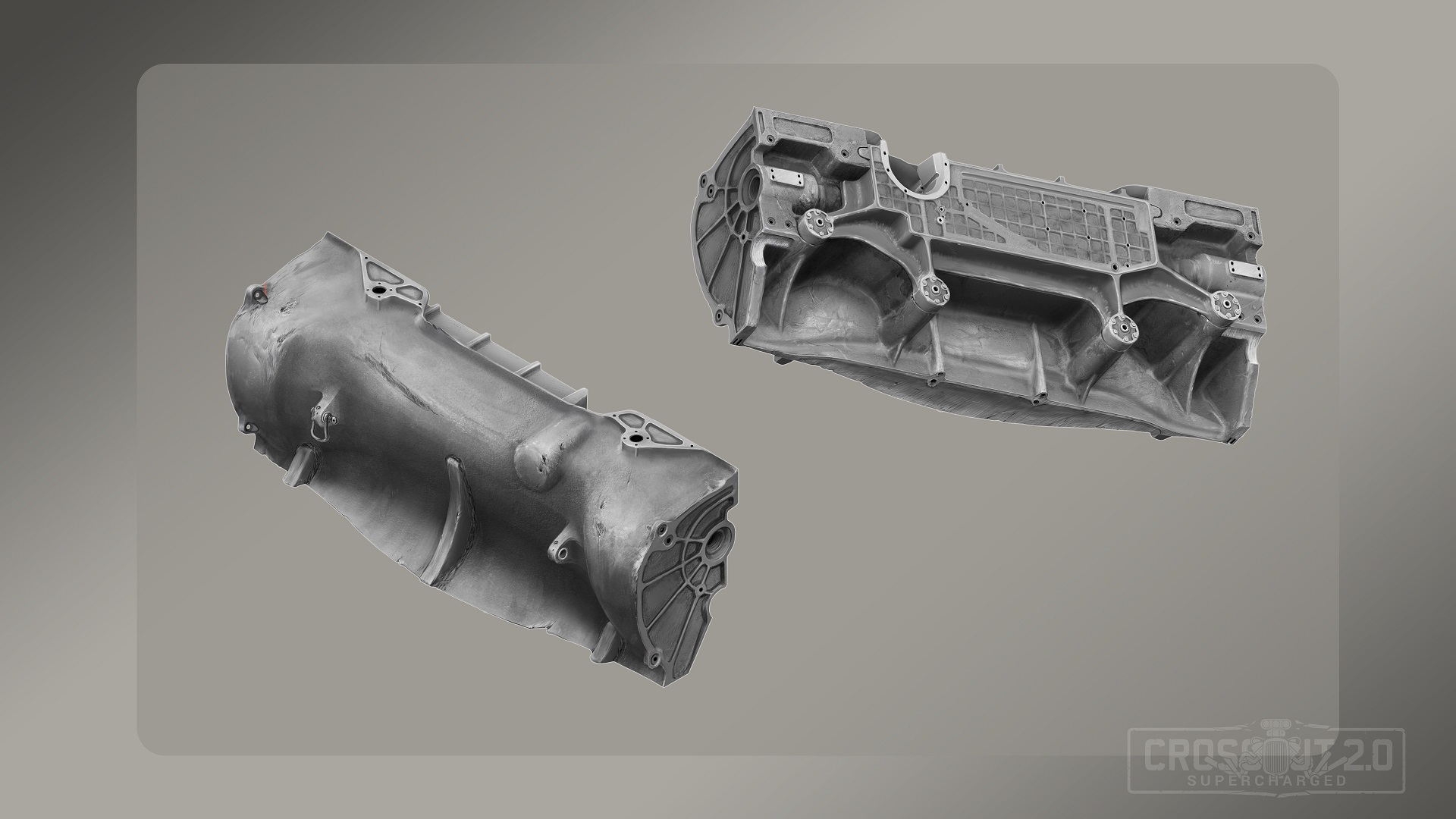 That’s all for today, but there will be more interesting news in the future! Good luck in battles! We’ll see you in the next part of our development blog!