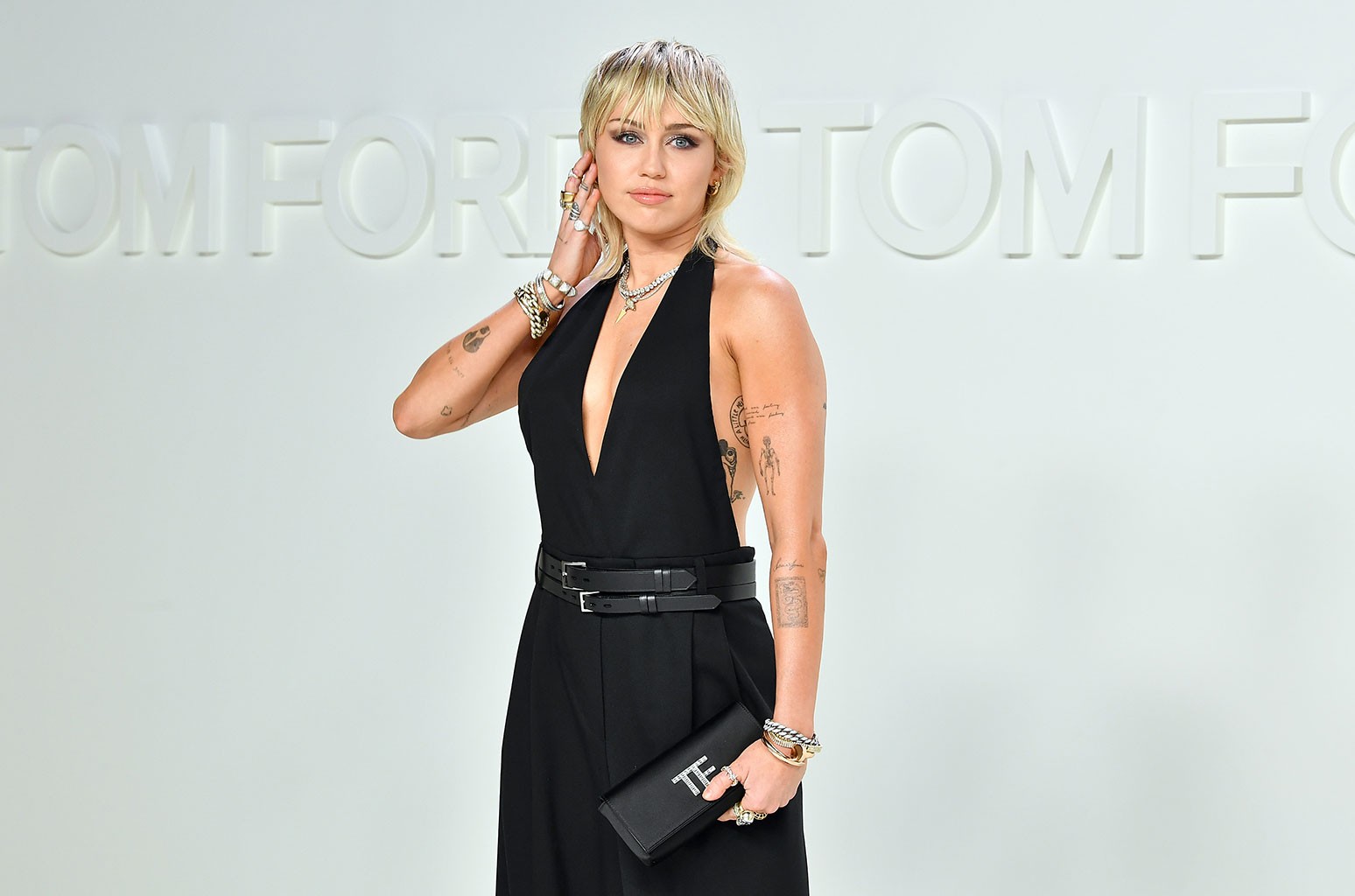 At this point, Miley Cyrus‘ parents have gotten used to not being outraged by her outrageous behavior. But her latest photo shoot stunt might have dad Billy Ray a bit peeved, since she messes with one of his prized possessions: his pick-up truck.

“IDK what @billyraycyrus is gonna be more pissed about! Me making a shirt that says ‘I [heart] Dick’ or crawling all over his truck in my @gucci heels!” she tweeted along with four pictures of herself kneeling on the hood of his black truck in a shirt dress that features the aforementioned Richard-loving phrase as well as the Pride-appropriate message “Miley Cyrus Made Me Realize I Am Gay.”

The $35 pink muscle tee also features some hand-drawn illustrations that look like… billionaire space man Jeff Bezos’ Blue Origin rocket, if you get the drift; there is also a long-sleeve white shirt that gives lady parts their due as well. When a fan later asked why Billy Ray drives a Nissan truck, Miley joked that it was all mom Tish “would get him lol @NoMaseratiForDaddy.”

Cyrus celebrated June’s Pride with an hourlong Peacock special, Miley Cyrus Presents Stand By You, that featured her taking the stage with queer country artists, such as Brothers Osborne and Orville Peck as well as allies Mickey Guyton, Little Big Town and Maren Morris.

Check out Miley’s tweets below.