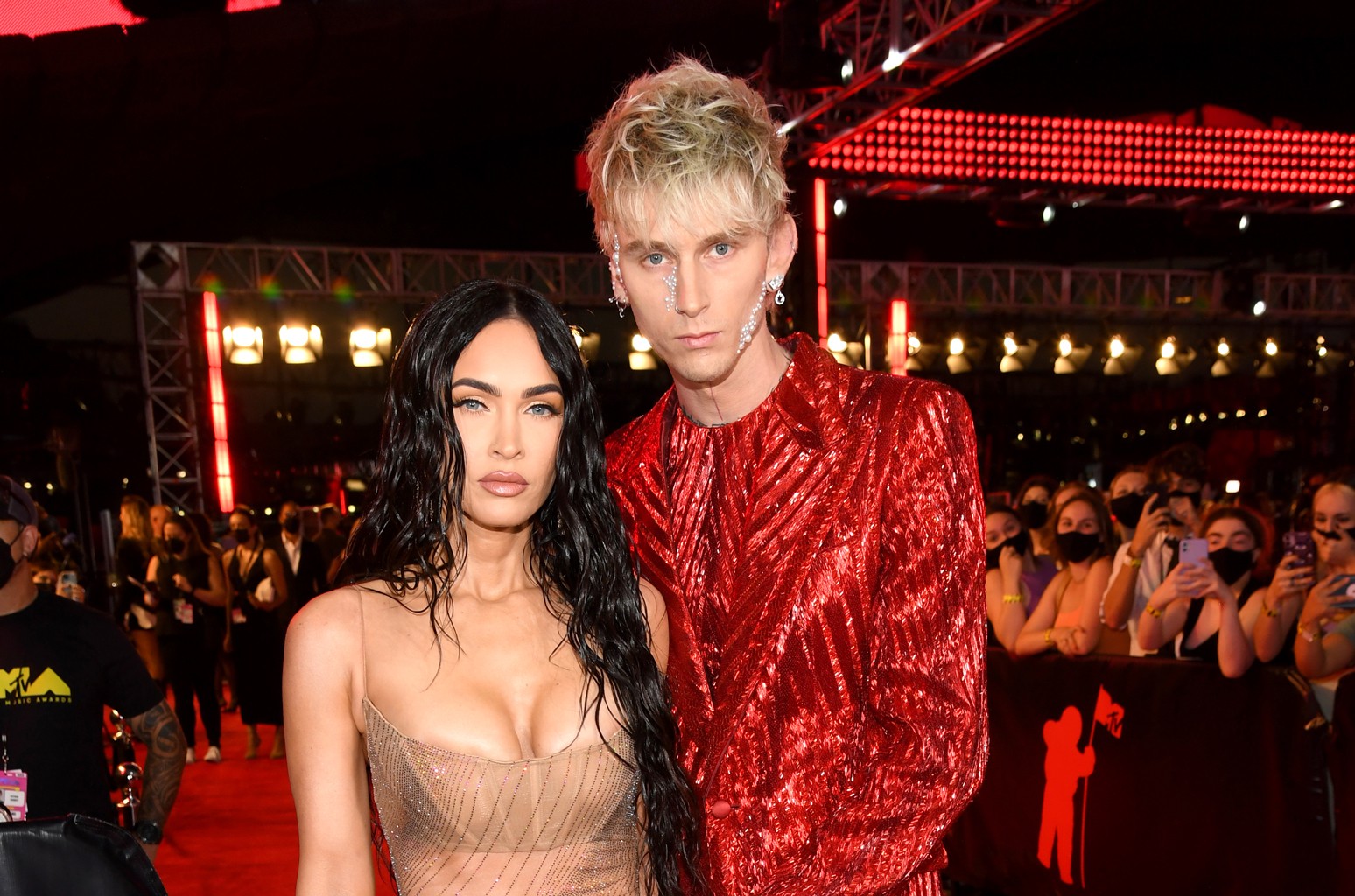 This year’s iconic celebrity bathroom pic comes courtesy of besties Machine Gun Kelly and Travis Barker, who repaired to the VMA bathroom to smooch with their significant others on Sunday night (Sept. 12). The Blink-182 drummer revealed their double toilet kiss on Monday (Sept. 13), posting a pic in which he’s making out with lady love Kourtney Kardashian and Colson engages in his now-signature tongue touch with girlfriend Megan Fox.

Actress Fox also got in on the action, offering up a snap in which she and Kardashian pose near some shiny porcelain, with Fox writing, “Kourtney and I are in love.” The snogging came on the same night that MGK and Barker helped close-out the 2021 MTV VMAs at Brooklyn’s Barclays Center with a dramatic performance of the rapper-turned-rocker’s latest single, “Papercuts.”

Fox and Kardashian introduced the performance, referring to the artists as “our future baby daddies.” It was just the latest public outing for the best rocker friends and their significant others, who have been photographed hanging out several times this year, including at a UFC fight in March.

Check out the pics below (the commode canoodle can be found in the fourth slide):