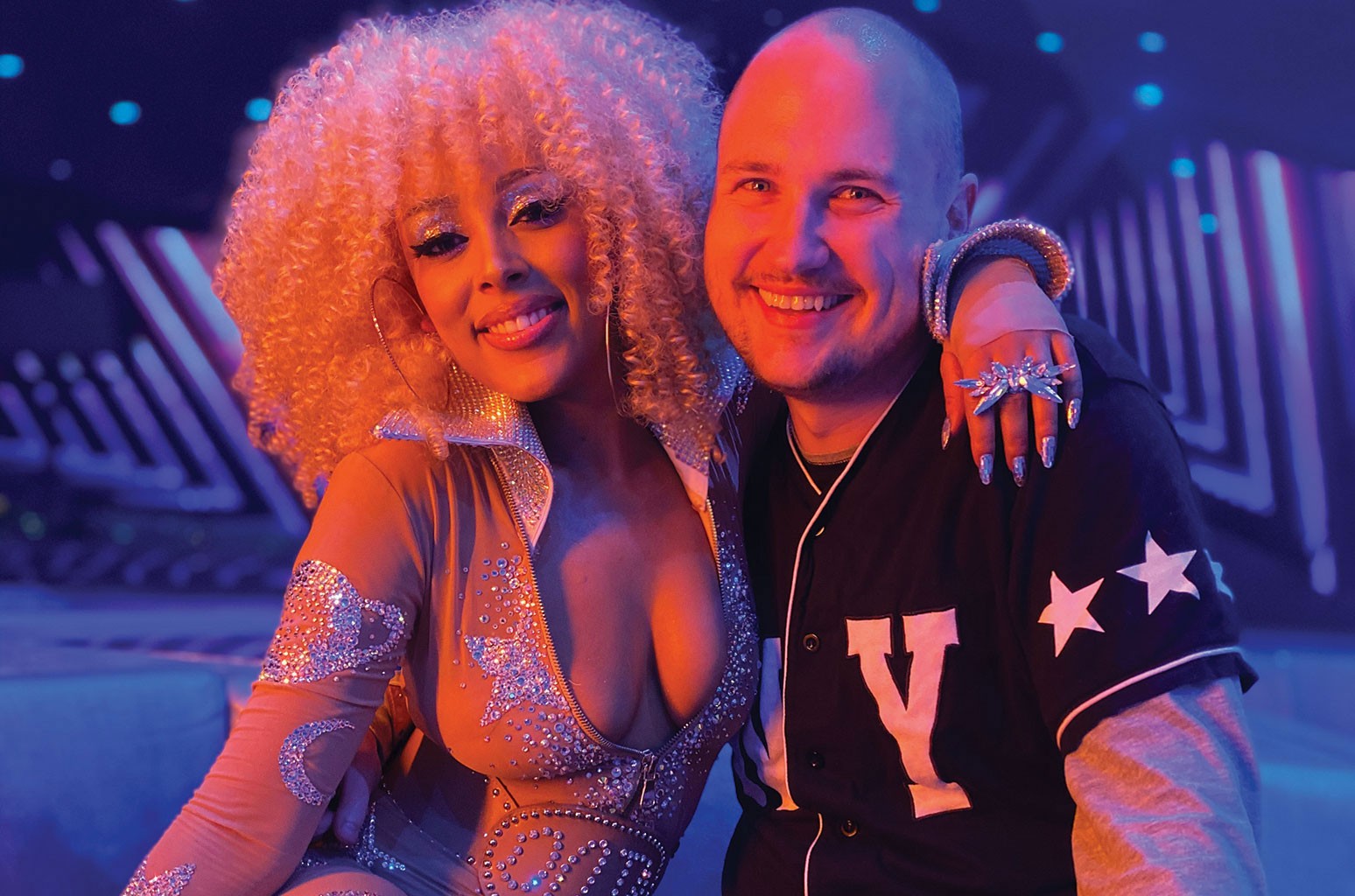 This story is part of Billboard‘s 2021 Pride List, which spotlights LGBTQ professionals who are shaping the music industry.

A decade ago, Sam Houston was let go from Music World Entertainment, the Texas-based music management company started by Beyoncé’s father, Matthew Knowles. At the time, he thought his career in the music industry was over. So he moved to Los Angeles and got a job working at an Apple store, where he had a different encounter with destiny: He sold an iPad to Camille Yorrick, his current boss and executive vp creative content at RCA Records. “It came up that she was in the music industry,” Houston recalls. “I was like, ‘I used to work at Beyoncé’s dad’s company.’ And she was like, ‘I actually used to do all of Beyoncé’s videos.’ I kept in touch with her until there was an opportunity to join the team.”

Today, Houston helps bring artists’ visions to life in his role commissioning music videos for RCA artists across the roster, including longtime collaborator Doja Cat. The singer-rapper’s PUSH best new artist award at the 2020 MTV Video Music Awards was the “icing on the cake” for someone who grew up watching the awards show in awe. “I got to really get in there at the early stages with her, and we both grew together,” says Houston, 33. “It’s been so fun to be on the bus and watch it go.”

How do you describe what you do?

You’re the person just overseeing every single aspect of the video — hearing what the artist is looking for, trying to really feel out their vision and then matching that with the right team. Then it comes to the actual shoot day, and I show up. And if I’ve done my job well, I just kind of sit back and watch because at that point, everything has just fallen into place.

How did the past year affect your ability to commission music videos for different artists?

Through the wonderful use of all of this remote technology, the cameras can actually plug into a Zoom feed. I was able to commission a few shoots from my living room, just looking on my laptop. I could see everything the director could see. It was incredible how well it worked.

Doja Cat’s videos for “Say So” and “Streets” both nod to the TikTok dance challenges and memes that helped them blow up. Why was that important?

It’s something that definitely came from Doja’s side. When “Say So” came around, Doja thought it would be really cool to celebrate Haley [Sharpe, the TikTok user who] actually created the dance. Then with “Streets,” we were all getting ready for [Doja’s upcoming album] Planet Her, but “Streets” was just too big to deny. So we all looked at each other and was like, “Let’s do it. Let’s take this Silhouette Challenge and make the hottest one that we could ever imagine.” It’s been so fun taking these little moments and making them into these huge visuals — and seeing not only how happy it’s made Doja, but also how happy it makes the fans.

How do you think being queer informs your work?

The biggest thing for me is just being able to be accepted in a room and be where I wouldn’t have been 30 years ago or 20 years ago — being able to have an opinion and voice what I think and have people listen to me and have that come from my lens. I was bullied as a kid, and a young gay boy in Texas was never an easy life to go through. I don’t want anyone to ever feel like they’re not good enough or that they’re less than. Everyone’s humanity should be taken into account when it comes to being represented in pop culture.