Mass Effect Legendary Edition: we saw the game and we tell you about the new features of this remaster

The Mass Effect trilogy remaster is coming soon! In order to help you take your troubles patiently, the Bioware team presented us with all the improvements made to the three games. Of course, for almost a year now you have surely started to know the song: due to the pandemic, we had the right to an online presentation and not to a real meeting with the developers. Fortunately, Mac Walters (project manager), Crystal Mccord (producer) and Kevin Meek (environment and character manager) were not stingy with information. And the graphics enhancements featured were significant enough to remain visible in a compressed 1080p video stream!

First of all, it should be noted that we are dealing with a remaster and not a remake. At work since 2019, the team in charge of the project thought for a moment to bring the saga under Unreal Engine 4 (knowing that the three original episodes run under Unreal Engine 3), but finally gave up in front of the scale of the task. It must be said that this Legendary Edition does not skimp on the content, since it includes not only the three basic games but also all the downloadable content that has ever existed. This represents exactly 41 DLC, distributed as follows: 15 scripted expansions (Citadel, Genesis, Leviathan, Omega, Overlord …), 15 promotional content (Blood Dragon armor, N7 Warfare gear, Recon Operations pack …) and 11 weapon packs and tack (Arc Projector, Firepower pack, Groundside Resistance pack…). Unless the selling price of this “new” trilogy reaches new heights, we will certainly get our money’s worth and the lifespan promises to be very high! Only the multiplayer mode will be absent subscribers, which should not bother many people, however. 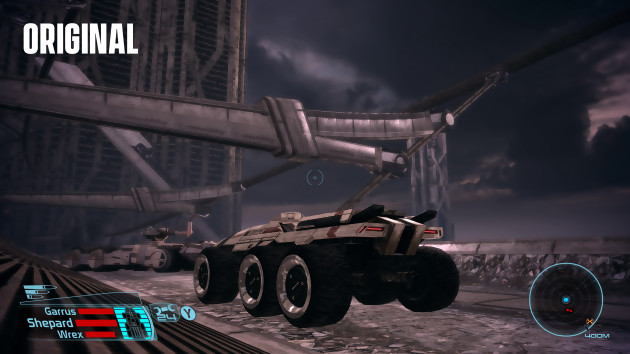 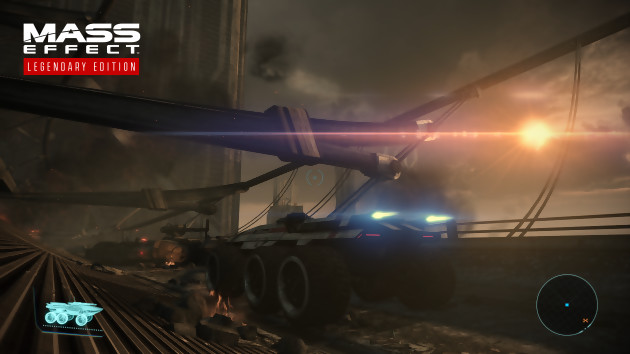 Beyond the all-in-one aspect, this edition is also expected at the turn for its graphics improvements. The developers promise us 60 frames per second on PS4 and Xbox One, as well as a fully unlocked framerate on PC. 4K resolution will be part of the game, 21/9 screens will be supported, the game will offer better antialiasing, ambient occlusion, as well as more numerous and realistic reflections, without going as far as raytracing, however. In addition, loading times will be significantly shortened, as we have seen firsthand with a much shorter elevator sequence than before: 14 seconds for the Legendary Edition compared to 52 for the original game. The dialogues which served to furnish these sequences do not disappear for all that. But once the background loading is done, an option allows the player to go directly to the next if they want.

THERE ARE MASS OF EFFECTS!

In order to support the increase in resolution mentioned above, all the textures of the game (ie several tens of thousands) have been completely reworked. First, they were put through the artificial intelligence mill for automatic upscaling, which thus increased their definition between four and sixteen times. Subsequently, the artists of the studio touched up by hand the most important or the most visible. Regarding the characters, the developers have directly opted for “manual” work. All the interlocutors of the first two episodes, and a large part of those of the third, have thus been improved, whether it is their face or their clothes. We were indeed able to observe the presence of much more detailed materials as well as better luminosity effects on the skin. As for the environments, the studio did not hesitate to add many details to bring life and graphic modernity to the whole, especially for the first episode. Exterior decors welcome more debris, fumes, puddles, buildings, and volumetric effects, while interiors gain more faithful shadows and a few extra decor elements here and there. 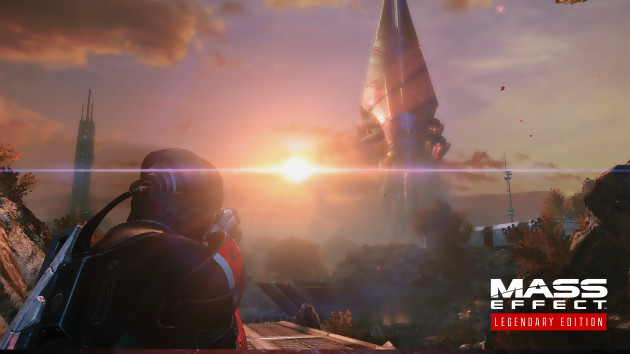 The cutscenes are also affected by the graphic improvements, since in addition to their increased resolution, they accommodate some additional special effects. The various extracts of the game that we have seen confirm the credo advanced by the developers: to unify the graphic quality of the three games without ever distorting the original scenes. This desire for unification is found in the retrospective presence of the “official” female version of Commander Shepard in the first two episodes, whereas it had only appeared in the media when the third part was released. Her face has been slightly reworked for the occasion, especially through the addition of details on the skin. However, players who prefer to customize their own hero are not forgotten, as they will benefit from a new creation tool. Common to the three episodes and therefore more consistent than before, it will also offer additional hairstyles and skin tones. The first episode of the trilogy already dating from 2007, the developers also wanted to improve its gameplay, the RPG aspect having been more worked than the shooter aspect at the time. From now on, aim and lock will stick a little more to enemies. The various weapons have also been rebalanced, while the famous Mako vehicle is now entitled to additional boost speed, camera shakes, alternate controls and improved physical effects. Want even more? No problem, Bioware also promises us better support for the controller on PC, a modernized combat interface, a smoother camera, a button dedicated to melee, better AI from enemies, unified mini-games between different platforms and less frequent, improved boss fights, rebalanced experience levels and many other little things …