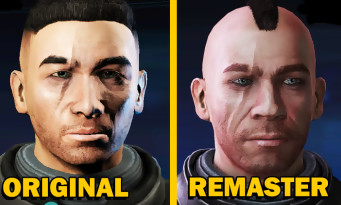 Released in 2007, 2010 and 2012, the first three Mass Effect form a breathtaking trilogy that forever marked the era of video games. That said, casually, these little pearls are starting to show the weight of the years and in anticipation of a brand new opus in preparation, BioWare has thus set about a big overhaul to revive the hype and the popularity of its saga: Mass Effect Legendary Edition will be released on May 14 on PS4 and Xbox One (no next-gen versions on the program, too bad) and, while waiting for its arrival, IGN provides us with a first video comparison.

The opportunity to admire the work done on a whole bunch of graphic effects, ranging from simple textures to shadows through particle effects or 3D models, not to mention the resolution and the stability of the framerate. More interesting still, the Canadian studio claims to have revised the gameplay with a big modernization: the camera, the rebalancing of the weapons, the melee combat, the cover system, the handling of the vehicle and we pass for example. been retouched appropriately for a current experience. A priori, therefore, Mass Effect Legendary Edition seems to be the polishing that the saga needed: enough to make us forget Andromeda?