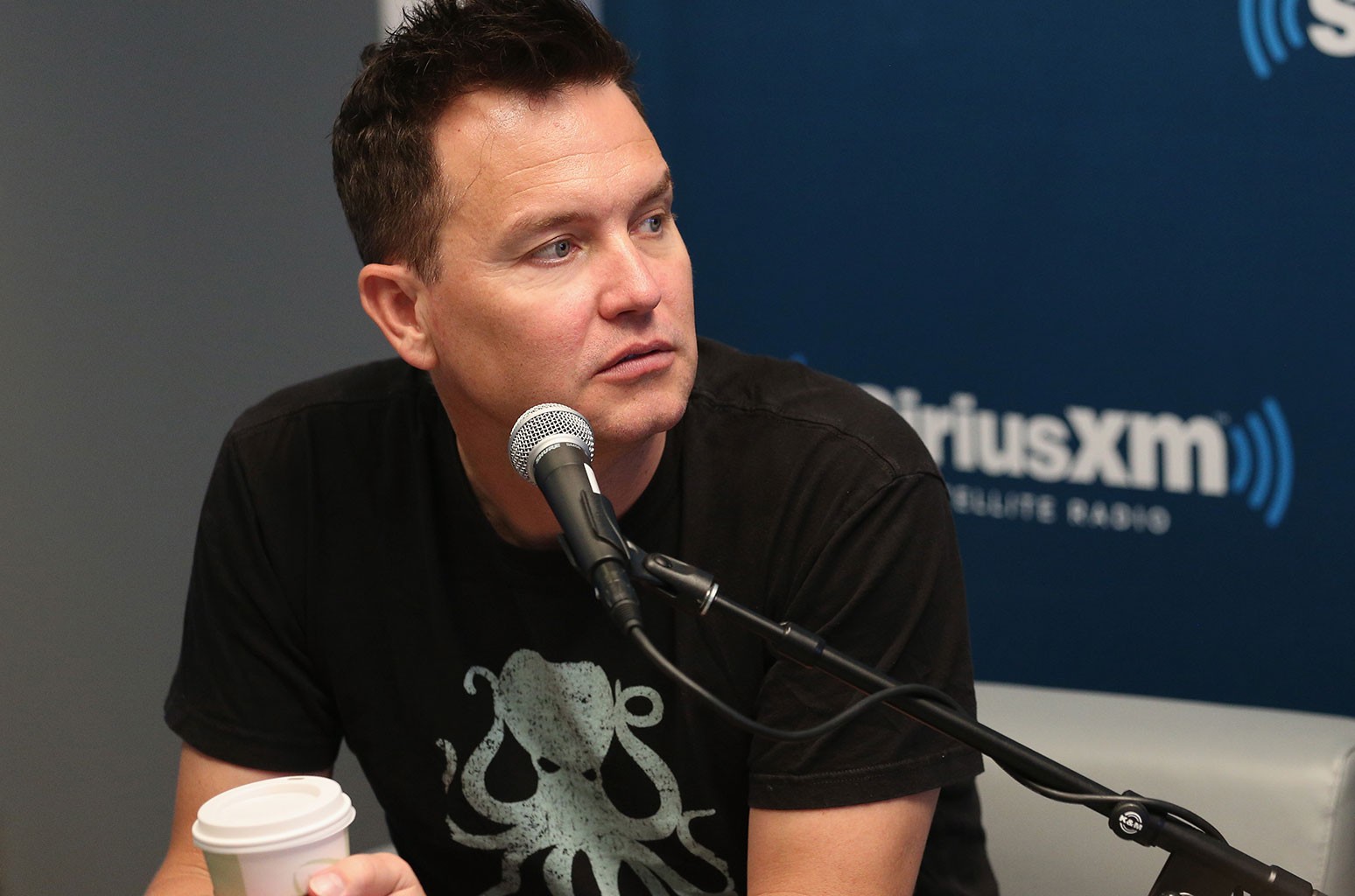 A month after revealing to fans that he’s been undergoing chemotherapy treatment for an unspecified form of cancer, Blink-182 bassist-singer Mark Hoppus elaborated on his diagnosis during a candid Q&A with Chilean Blink fans.

“The cancer isn’t bone-related, it’s blood-related. My blood’s trying to kill me,” said Hoppus. He also added that he has been suffering from a known side effect of treatment commonly referred to as “chemo brain,” which causes him to forget names and information he would normally have close at hand.

Later on, Hoppus spoke in depth for the first time about the type of cancer he’s been diagnosed with, which he said was “diffuse large B-cell lymphoma.” Hoppus shared he was going in for a PET scan on Wednesday (July 14) — which was going to require him to “sit around all day” and skip fruit, sugar, carbs, alcohol or gum during the long procedure — aimed at testing whether his months of chemotherapy have been working.

“Ideally I go in tomorrow and they say, ‘Congratulations! Your chemotherapy has worked and you are all done and you’ll never have to think about this cancer again for the rest of your life,'” Hoppus said. Even then, he added, if they say all the cancer is gone, he still needs to do three more round of chemo just to make sure.

If the results are not as clear, Hoppus said he might need to undergo a bone marrow transplant. But, in keeping with his positive attitude throughout, he added, “We’re beatin’ this cancer. It’s just a matter of time.”

According to the Lymphoma Research Foundation, DLBCL is the “most common type of non-Hodgkin lymphoma (NHL) in the United States and worldwide, accounting for about 22 percent of newly diagnosed cases of B-cell NHL in the United States.” The organization reports that more than 18,000 people are diagnosed with DLBCL each year. It describes the cancer as an “aggressive (fast-growing) NHL that affects B-lymphocytes,” a type of white blood cell that makes antibodies to fight infections and serve as an important part of the lymphatic system.

Though it can occur in childhood, most cases are in patients over 60, who typically see the cancer develop in lymph nodes or in “extranodal sites” such as the gastrointestinal tract, testes, thyroid, skin, breast, bone, brain, or any other organ. DLBCL can be localized in one spot, according to the foundation, or spread throughout the body. And despite being an aggressive form of lymphoma, it is considered “potentially curable.”

Asked if his mother has given him any advice, Hoppus said that she has because she beat the exact same form of cancer. “I’ve been able to talk with her and bond with her quite a bit,” he said of his mother, who he noted had breast cancer twice and DLBCL once. He also described the harsh side effects the three rounds of chemo have had so far, saying the first one made him feel like “I was a zombie that fell onto an electric fence and was just being shocked,” while he felt very weak and tired during round two, and was violently ill during round three.

Hoppus also said the classification of his DLBCL is Stage IV-A, the highest level, in which other organs beyond the lymph nodes are involved; according to Healthline, most people with DLBCL are not diagnosed until the later stages because they often don’t have outward symptoms until the disease has progressed. “My classification is diffuse large B-cell lymphoma stage IV-A, which means, as I understand it, it’s entered four parts of my body,” Hoppus said. “I don’t know how exactly they determine the four part of it, but it’s entered enough parts of my body that I’m stage IV, which I think is the highest that it goes. So, I’m stage IV-A.”

Now that his hair has fallen out, Hoppus joked that he really wanted to buy “the worst” toupee and walk around with it just to mess with people. Unfortunately, he can’t leave the house because his white cell count is so low he can’t take a chance on getting sick by walking around outside. He ended the 10-minute chat by giving props to a fan who suggested they give thanks and gratitude for something in their life. “Let’s do that! I’m excited that I get to get scanned tomorrow and see if this chemo’s been working,” he said. “So I will take it.”

Check out the Hoppus fan Q&A below.