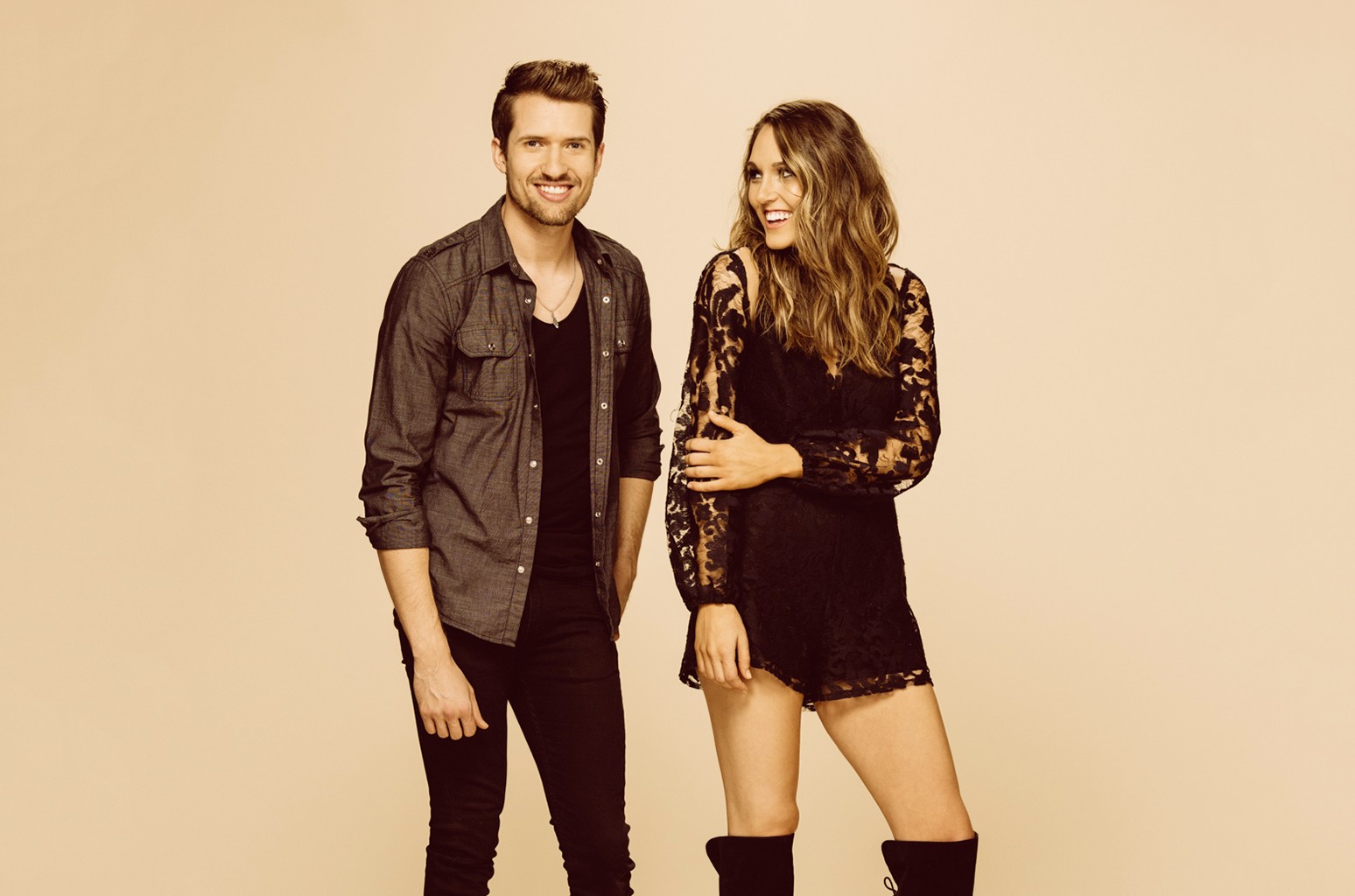 When independent duo SmithField released a video for new track “Something Sexy” on May 13, the project took a couple of cues from one of contemporary country’s most iconic twosomes.

The chorus cited a bevy of modern love songs, including “Amazed” and “I Melt,” but the list started with an allusion to Tim McGraw and Faith Hill‘s “Let’s Make Love.” The video itself employs a handful of votive candles, another nod to the visual piece that accompanied the McGraw/Hill title. It’s fair to consider the reference a SmithField mission statement.

“Everything with ‘Something Sexy’ was intentional,” says the duo’s female voice, Jennifer Fielder. “They had separate careers on their own, but for a while there, they were signed as a duo as well as solo artists. And they had their own duo records, their own duet tour. So to me, they’re still very iconic for what we do.”

To be fair, there are few acts that do what SmithField does. Country has plenty of duos — Florida Georgia Line, Dan + Shay, Maddie & Tae, Brothers Osborne, just to name a few — but each of them is a single-gender combo. The last full-time male/female pair to log chart-topping singles, Thompson Square, hit No. 1 in 2011 with “Are You Gonna Kiss Me or Not” and in 2012 with “If I Didn’t Have You.”

The paucity of that artistic structure is a head-scratcher at first glance, though even Keifer and Shawna Thompson understand why the configuration is so rare.

“You got to coexist with this other partner, boy or girl,” says Keifer Thompson, “and you got egos: ‘You’re singing more than I do.’ ‘You’re singing them better than I do.’ ‘I’m fatter than you are.’ ‘I have abs.’ You have all this stuff that goes into play when you enter into a band or a duo. And so that’s one giant obstacle right there: just coexisting together as a duo. And then you got the male/female version of that.”

The twosomes themselves have heard industry pessimism about their setups — “That’ll never work,” both Thompson Square and SmithField were told — but it hasn’t stopped them. Marking its 10th anniversary, SmithField will issue its third EP, New Town, on June 16. Thompson Square is close to signing a new recording deal, and Latino act Kat & Alex signed to Sony Music Nashville during the pandemic after an initial run on American Idol. And they refuse to believe that it can’t work.

“I seriously cannot imagine doing this by myself anymore,” says Kat Luna, who encountered Alex Garrido when both were solo artists working the local circuit in Miami. “As soon as I met Alex, I knew that I never wanted to perform by myself on that stage ever again.”

The first two Kat & Alex videos — “Heartbreak Tour” and “How Many Times,” which employs the hook “How many times can a heart break” — revolve around on-screen romance while acknowledging the pain of isolation in the lyrics. They see the fragility of love as a selling point for their mixed-gender format.

“Dan + Shay, for example, they’re best friends — that’s their thing; Florida Georgia Line — same thing, good friends,” notes Garrido. “For us being a guy/girl duo, but also a married couple, that’s something that we definitely want to express. We want the audience to be able to personally connect with us and when they see us go, ‘Hey, I believe in Kat & Alex because I see myself in their shoes.'”

The drama that’s inherent in relationships is a built-in hurdle for male/female duos, most of which are married couples. A breakup isn’t just the end of a romance; it also means the dissolution of a business entity, a scary proposition for anyone who invests in the act.

“If you’re a label and you put up a lot of money for something, it could be hard,” concedes Shawna Thompson.

But they’re also using those duets to bring a temporary change of pace to concert setlists. That has been particularly noticeable in shows that have featured holograms over the last decade, as when Brad Paisley welcomed the image of Carrie Underwood for “Remind Me” or when Aldean called up a recorded version of Kelly Clarkson for “Don’t You Wanna Stay.”

Duos can throw a changeup, too, though it runs in the opposite direction, removing a voice instead of adding one.

“We do like to give each other individual moments in our songs every once in a while,” says SmithField’s Trey Smith. “But we said it from the very get-go of this thing that we wanted this to be not just a duo on paper, but a true duo.”

SmithField does shake up that template, though, since Smith and Fielder are an oddity among male/female enterprises: They’re childhood friends who are neither married nor dating. That causes plenty of speculation, which they see as a positive effect.

“The mystery of it has been one of the most intriguing things for our audience because a lot of times people don’t know that we’re not together,” observes Smith. “In our show, we are good at really playing it up. It’s almost one of the things that draws people into our show, because after the show [when] we do a meet-and-greet, they’re always like, ‘I have to know, are you guys together?’ “

As a business entity, the answer is yes, despite the skepticism that accompanies the full-time male/female duo.

“Something doesn’t work,” says Smith, “until it does.”