Madonna Kicks Off 2021 VMAs: ‘They Said We Wouldn’t Last’ 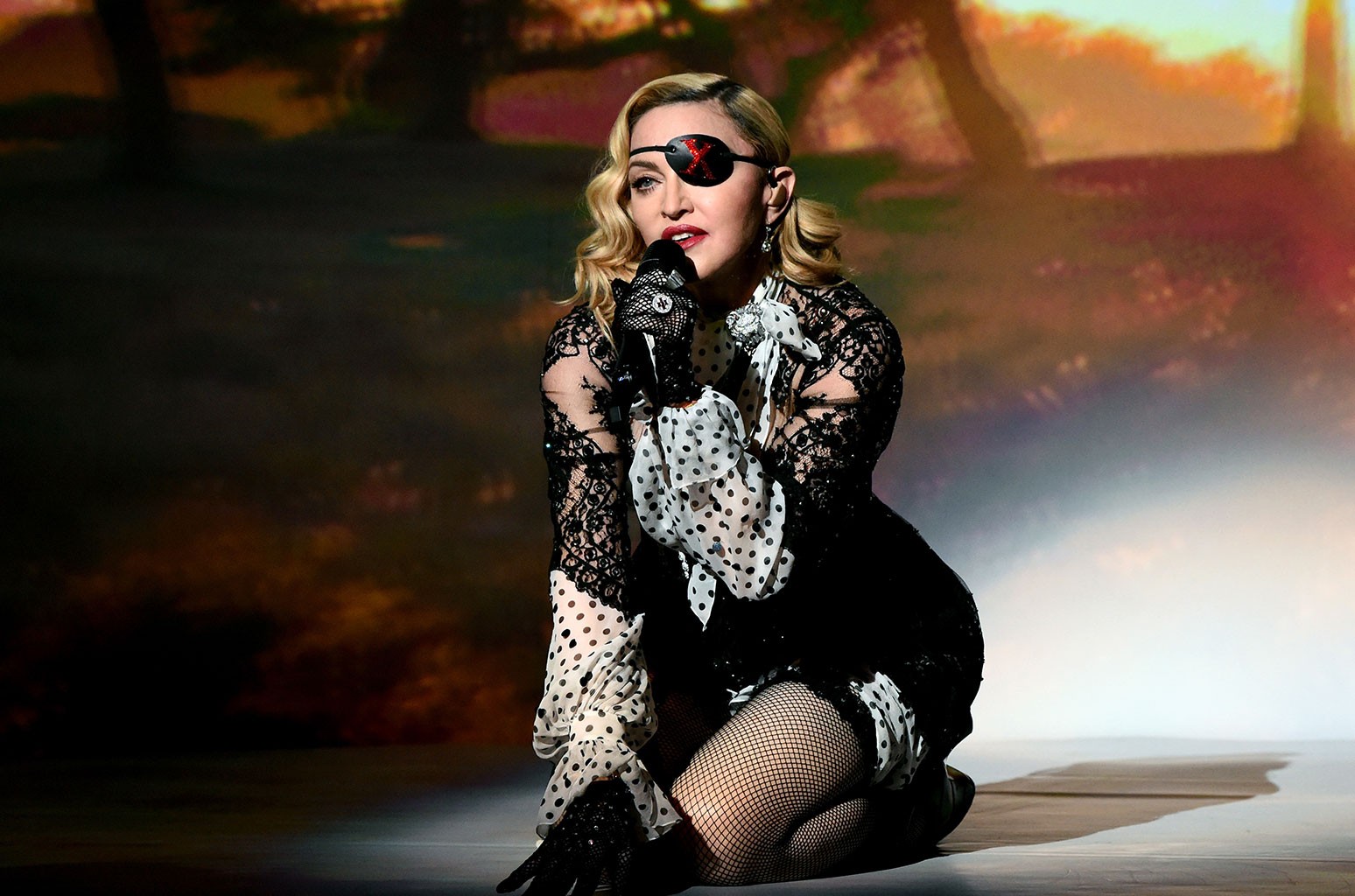 The 2021 VMAs kicked off Sunday (Sept. 12) evening in New York City with a cold open from the Queen of Pop, Madonna.

In a pre-taped video, Madonna paid homage to her culture-shifting history with the network and its signature awards show in particular. “Around 40 years ago I came to New York City with nothing but $35 and a pair of dance shoes,” Madonna said. “Forty years ago, another underdog arrived in New York City hoping to create something revolutionary. An all-music channel premiered in the middle of the night and called itself MTV. We found each other and formed a bond that changed my life, changed music and created a whole new art form. That’s why there’s only one place to be tonight.”

True to her word, Madonna followed up her video segment with an in-person appearance at the 2021 VMAs. Strutting out of the stage at Barclays Center in Brooklyn in her Madame X finery, Madge declared, “They said we wouldn’t last, but we’re still here mother—kers. Happy 40th, MTV.”

Madonna’s then-controversial performance of “Like a Virgin” at the inaugural 1984 VMAs went a long way toward pushing the pop singer into the realm of headline-grabbing superstardom. And of course, her infamous kiss with Britney Spears at the 2003 VMAs is one of the show’s most iconic moments.