Lord of the Rings Gollum postponed to 2022, Nacon is co-editor on the game 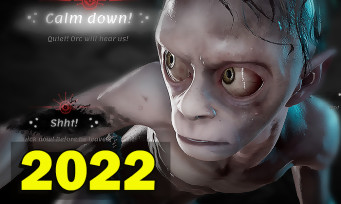 Announced in 2019 for a release scheduled for 2021, The Lord of the Rings: Gollum will ultimately not be released this year. It is the Daedalic Entertainment studio which makes it known, without giving any explanation for its postponement. The focus is rather on the arrival of Nacon within the edition of the game, providing moral and financial support so that the release, now scheduled for 2022 without further details, goes for the best. The press release reminds us that the concept of the game, namely an action-adventure game with an important narrative dimension, knowing that this time, we will play Gollum in his quest to find the ring, his dear Precious. Thanks to his agility, Gollum will be able to climb any surface, sneak around and jump on anything that moves him. Obviously torn by his split personality, Gollum is a character who can be unpredictable and it is up to the player to manage both aspects of the character. As a reminder, The Lord of the Rings: Gollum is expected on all platforms: PC, PS4, Xbox One, Nintendo Switch, PS5 and Xbox Series X | S.