Little Nightmares: 3 million copies for the 1st episode, a new trailer for its sequel 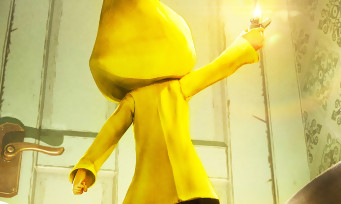 Released in April 2017, almost 4 years ago (already!), The first Little Nightmares managed to make a place for itself in the sun among the great games of this world. Structurally speaking, resuming the spirit of Playdead games at LIMBO, the title has above all forged its own identity, often distressing and sometimes unhealthy. A rather welcome combo of ideas and one that has more to a large number of players, especially if we look at the latest sales figures that Bandai Namco Entertainment has just shared with us. It has indeed passed 3 million copies of the first episode, which allows its sequel to start on a good basis. The game is coming in 2 days and the test is already available in our columns. Spoil: it’s a good vintage. We take this opportunity to release the launch trailer for this Little Nightmares 2.