Little Devil Inside: the only game worthy of the State of Play? A 5 min gameplay trailer 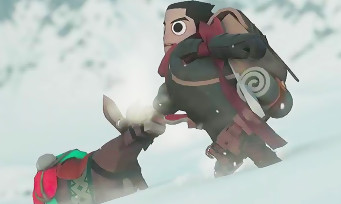 We are not lying, the State of Play that Sony Interactive Entertainment has just broadcast to us could not be more deceptive. If we knew that the content was focused on third-party publishers, many saw it more as a focus on titles from the indie scene or uninviting projects. However, in the midst of this ocean of disappointment, one title stood out. It was Little Devil Inside, a game developed by the studio Neostream Interactive and announced for the first time in 2015. The game was indeed originally planned for Wii U and had been the subject of crowdfunding. The very first trailer had also aroused a huge craze with nearly 1.2 million views. Then there was radio silence for many years, until the State of Play last night where a video of more than 4 minutes plunged us back into this atypical atmosphere. From its artistic direction to begin with, very cartoonish in its features but with a baroque atmosphere, but also its gameplay which seems to be incredibly rich and varied.

The State of Play trailer adds an interesting additional layer since we were able to discover the movement sequences on the map, with a far angle of view, which gives the impression of having an animated model, a kind of diorama that moves in fat. The visual of the game then changes, offering miniaturized characters like Russian dolls, knowing that you will have total control of your character and the vehicles that you can use. Another surprise of this State of Play trailer, the integration of bubbles above the characters as in the comics to format the dialogues. On the gameplay side, the game has confirmed phases with sword fights, others using firearms, but also epic moments with chases in very varied settings. In short, you understood it, Little Devil Inside is a game that looks very promising, and this at all levels. Its release is scheduled for 2022 on PS4, PS5 and PC.