Description: Left 4 Dead is a survival simulator with everything you need. You – 4 survivors are trying not to die from hordes of zombies. With your last bit of strength, fight your way through the armada of the rebellious dead. But you have a chance to win – you need to get to the evacuation point: gather your last strength, take the best weapons you can find, and fight your way!

Left 4 Dead is one of the few co-op games that doesn’t require modern graphics cards or super-powerful processors. High-quality optimization will allow you to download and run it even on a relatively weak computer.

Hurry up to download Left 4 Dead on your PC, and become part of a united team in the fight against zombies.

The United States was seized by a virus unknown to scientists, which turned a large part of the population. He makes ordinary people – squads of monsters, distinguished by unprecedented strength and vitality.

The task of your group of 4 people is to get to the evacuation point faster. On the way you will meet extremely aggressive hordes of zombies, a large number of obstacles. By overcoming them, you will have a chance to save your life. Quite similar to the CoVid 19 pandemic. No one knows what will happen next. So get ready for any outcome – download Left 4 Dead on your PC, hone your survival skills today.

And they almost forgot about your team. Bill, Francis, Zoey and Louis are on your side. Everyone wants to survive, and you have the opportunity to play for all four.

Free download Left 4 Dead – a way to have a good time after a hard day’s work. The pandemic covered us at home. If you want to take revenge on her – choose Left 4 Dead, and be merciless with her

Left 4 Dead is an undying classic, the leader of its genre. Combines the best of zombie shooters:

The game has large maps, many types of weapons. Therefore, regardless of the type of game, you will always find a gun to your liking. Team play counts. Based on the results, ratings are formed, awards are given and statistics are recorded. Highly advanced AI generates battle. It will not be easy for you.

Directly the game is divided into 6 companies. Each act has several levels and is related to each other. Therefore, even if you are playing Left 4 Dead for the first time, you will not get confused – the chapters go one by one.

You like to crush zombies in batches – a shotgun will help you. If you prefer long ranges, sniper rifles are what you need. We will only give you an important advice – do not try to kill the “tank” in close combat – he is a very strong and tenacious monster, you can get hurt.

Out of cartridges – then take everything that is at hand and hit with what you have strength. Leave no chance for zombies. The game is suitable for both singles and team players. 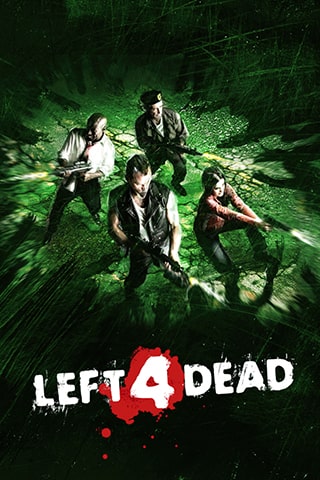 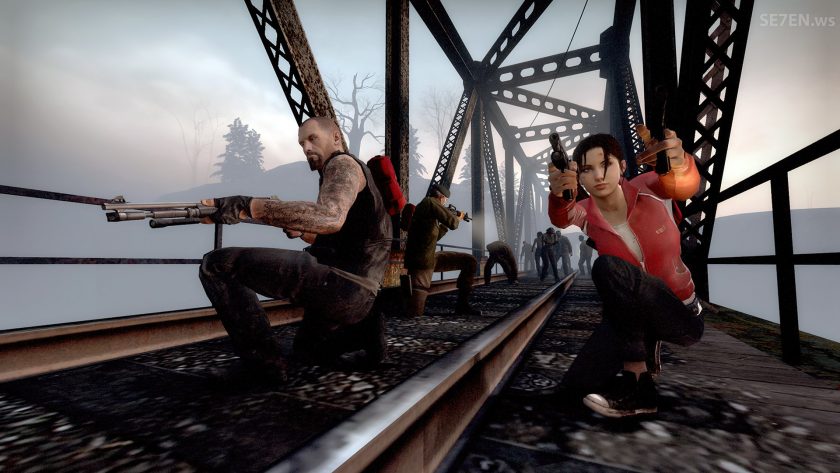 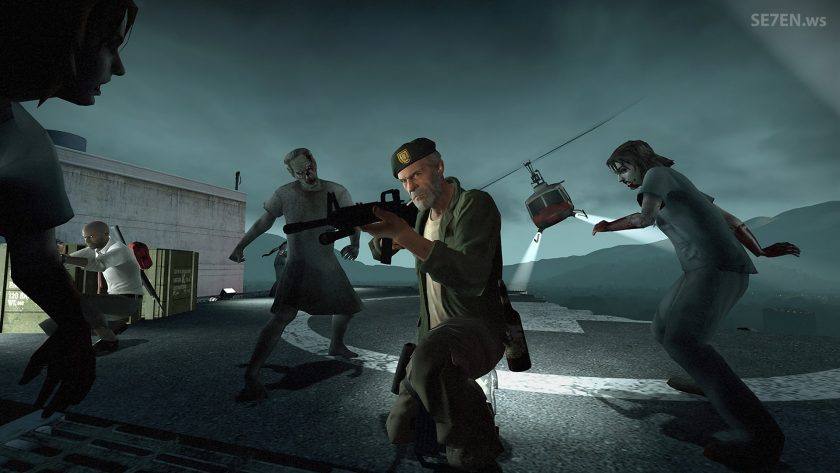 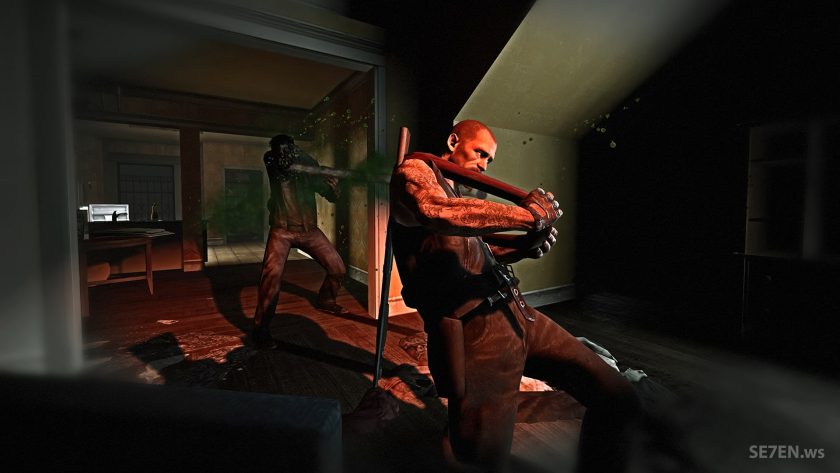 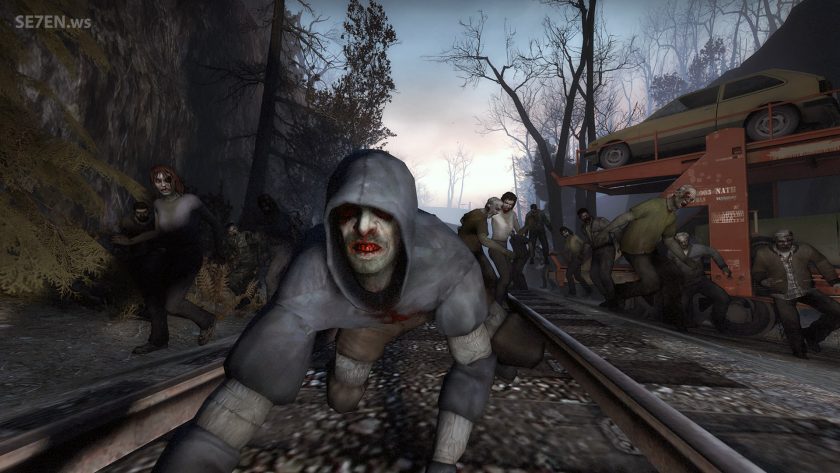 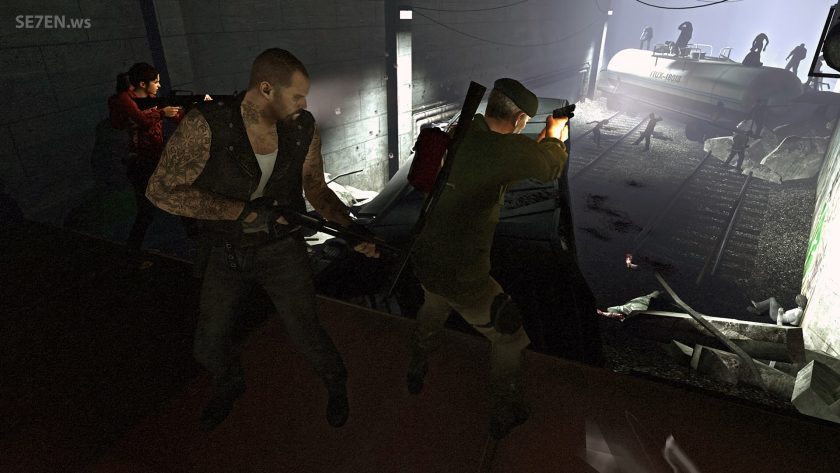 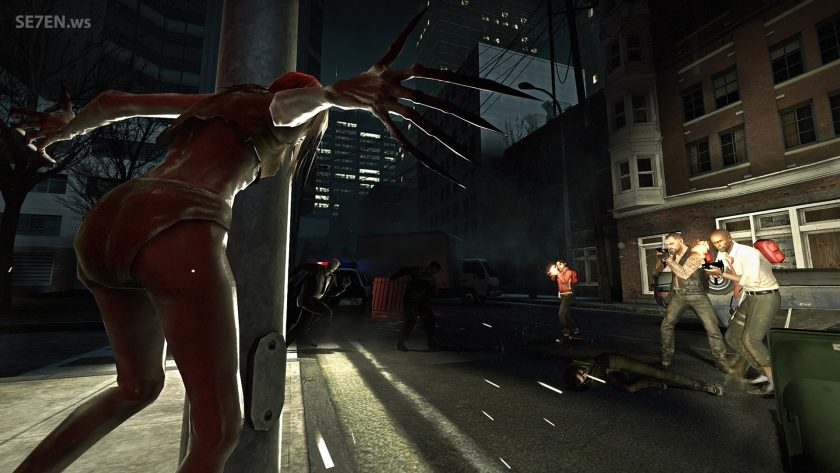 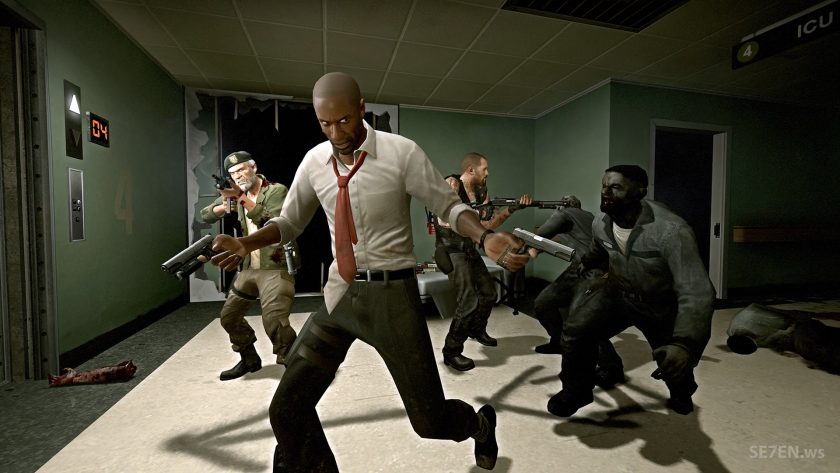 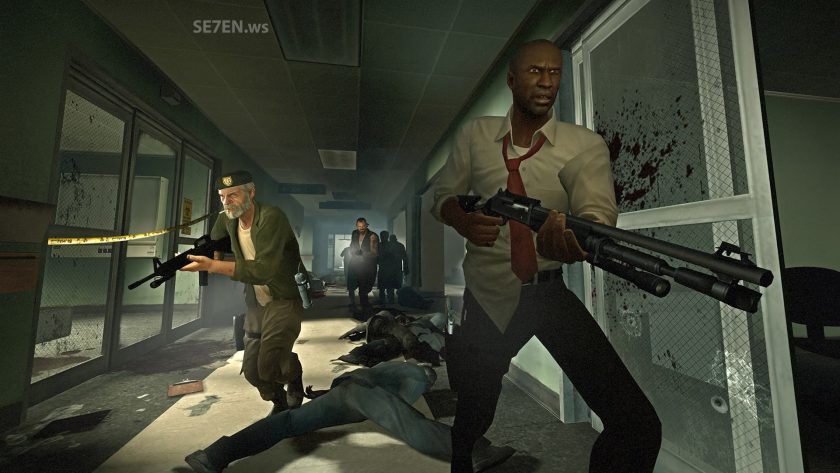 Torrent
via MEGA.nz
via Google Drive
via Cloud MailRu
Launcher

I don’t think people who came into the series on Left 4 Dead understand how creepy this game originally was. Watching that cutscene before actually doing anything with the controller, and then being placed on a rooftop where the cutscene left off in the dark and the rain, and the only instructions are to head towards a vaguely-described hospital somehow, with a very tense and creepy ambience (unlike the second game, which was fairly satirical most of the time)… and then as you’re learning the game you have to escape on one of the hardest finales in the series. No Mercy stands as my favorite campaign for that exact reason. I felt like I was in the apocalypse. I felt like the only ones I could depend on were my dad (we were playing splitscreen coop), and our two idiot cpu players, and the rest of the world was dead. I was afraid to dare to explore further down every hallway, alley, and hospital room, fearing what would come next. Every step of the way was a challenge. Even if we played through it a hundred times. It was tough. It set a wonderful stage. It forced me to invest a good portion of my life into this series. Left 4 Dead 2 may have improved on the concept in dozens of ways, but it will never be able to replicate the eeriness of the first game.

Originally released on the 17th of november, 2008, is Valve’s first co-op zombie game. Originally developed by Turtle Rock Studios.
Now you may ask, “Why would I want to buy this game when it’s ported in Left 4 Dead 2?”. Well little Timmy, the reason is that Valve butchered it in Left 4 Dead 2. A lot of the levels are a lot easier due to more weapons, or harder due to more special infected. Certain character lines and events are missing, common infected look out of place, and so on.
Honestly, I prefer only having 5 special infected. (Smoker, Hunter, Tank, Witch, Boomer.) The Spitter, Jockey, and Charger just seem so out of place in Left 4 Dead 2’s Left 4 Dead campaigns.
Anyway, to close things off, I do recommend this game. The community that still plays this game is quite small, but I still manage to find a game when I do play.
10/10. Buy L4D2 if you want more players, buy L4D if you want better gameplay (In my opinion) 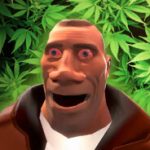 Believe it or not, people are still playing the original L4D.

I might enjoy L4D2, but L4D is proof that less is more. A smaller pool of meaningful specials (hunter, smoker, boomer, tank, witch) means they are always a threat and never to be taken lightly. Look at spitters from L4D2 as a comparison; spitters can be a team killer in tight spaces, but in open areas the spitter is trivial. True for many of the special infected in L4D2, they just are not nearly as consistently threatening or challenging as good ole L4D original. Even the L4D2 boomers, smokers, and hunters seem nerfed.

L4D still has an active player base and offers a great tight satisfying experience. Even in 2019 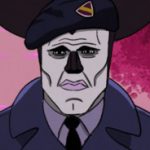