Lauren Jauregui Says Debut EP ‘Came Out Exactly Like I Wanted, And Also Nothing Like I Imagined’ 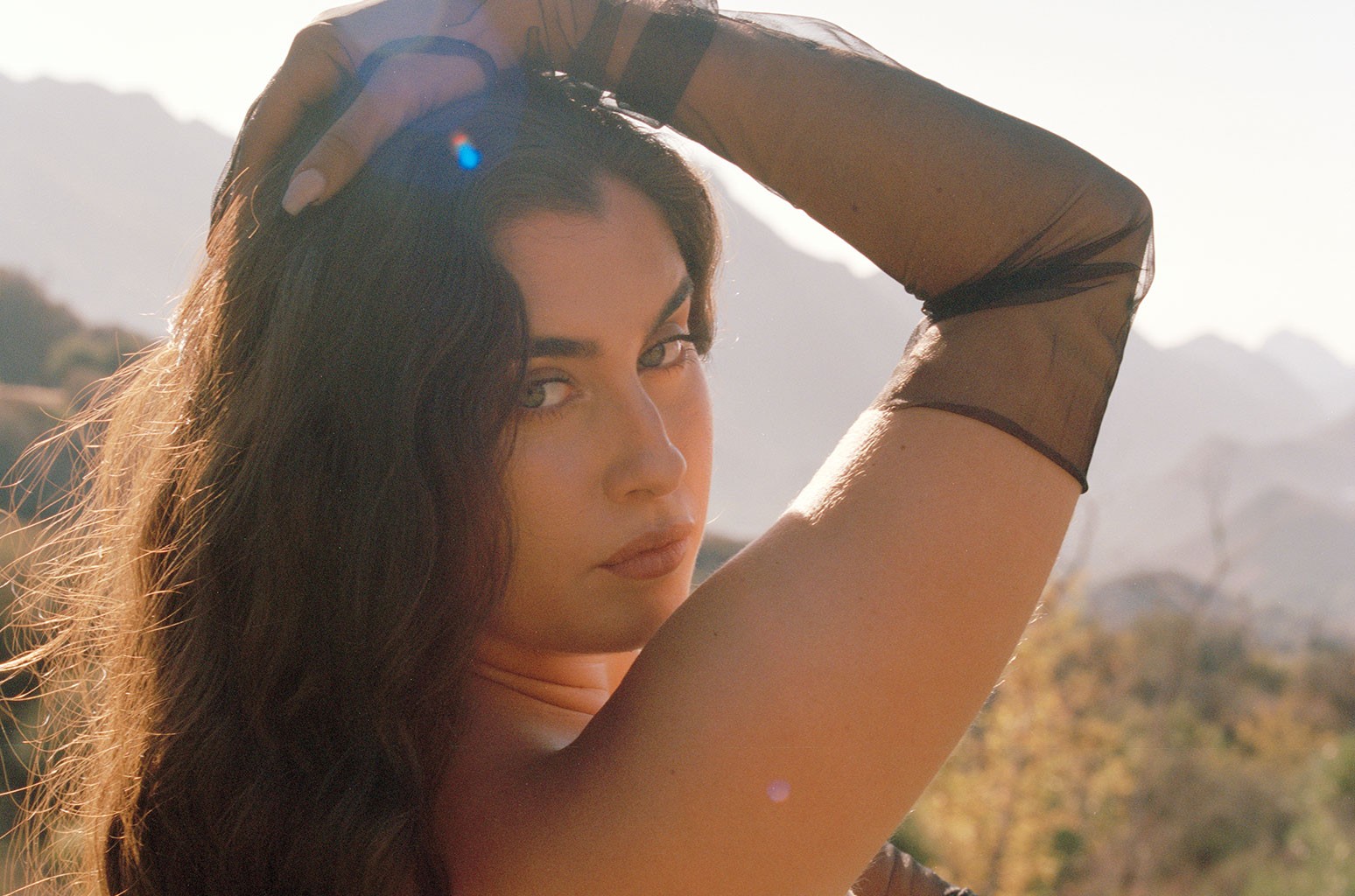 For Lauren Jauregui, the last four years have been some of the most transformative.

In 2018, Fifth Harmony mutually ended their six-year run of Hot 100 hits and Jauregui began delivering a series of solo releases and features. Then in March 2019, when the whole world seemingly stopped, the young singer-songwriter began a deep, personal paradigm shift, unraveling painful truths while steering herself to become the version of Lauren Jauregui we see today.

Jauregui often speaks of herself in terms of alter egos — some with the ability to co-exist and some needing to be relinquished for another to enter center stage.

Prelude, out now, is an intimate introduction to the young crooner’s self-evolution, providing listeners with a closer look at what kinds of revelations shaped her.

“It all started to make sense and obviously, I was signed to Columbia at the time [the pandemic started] and in terms of where I was as an artist at that point in my life, after having gone through the Fifth Harmony experience and after having had time to figure myself out and unlearn, I had to let go,” she told Billboard.

The EP’s leading single and second track, “Colors,” defines Jauregui’s degree of self-awareness over scattered piano keys; in an existential standoff, she begs: “I can be someone I feel I’m not / Who taught me that? I wasn’t good enough? Why did I let you believe it? What haven’t I caught your bluff?”

“I think even entertaining [Prelude] these past few months…like remnants of her have come up for me,” she says of the project’s creative process. “I needed to [hear] it and say, ‘No. I’ve healed past this and I don’t need to pull myself into this space again because I am not this person. I am not in that space anymore, I’ve learned and I know better now.’ It’s still a tether, it’s an ebb and flow and I’m learning to be more inflow. I feel like once I let these songs go, I can be more inflow.”

When asked what she was looking forward to the most, Jauregui responded with transparency: “I’m looking forward to being over it,” followed by a fit of laughter. “Having it out of me. I’m letting go of this person, this self — this guarded, unsure self. She’s who I’ve healed from.”

Billboard sat down with Lauren to chat more about Prelude (currently available on all streaming platforms), collaborating with other artists, lyric inspirations and more.

Prelude has been in the process of coming together for a minute now. How do you feel now having this tangible and cohesive explanation of your internal conflicts for your fans and other people to listen to?

Prelude is my baby. I’ve been working on her for four years now and she’s kind of taken shape and life and come together from the pieces of the writing process. It came out exactly like I wanted it to and also nothing like I imagined, which is why I think it’s really beautiful.

Essentially when I make art, it’s because I’m exploring my life or the experience of life in general. I’ve done that from my perspective and I’m sure as a songwriter, I’ll do it from other’s perspectives but my art is the s–t that I can dig inside and cathartically get rid of.

In 2018, you said something in an interview and having fully listened to the album, it makes more sense than ever. You said you were preparing to “move into new reality,” a process that had already started sonically but you had yet to dive into mentally. Where do you think you are in that process now?

I’ve gone into spirit mode now. I think mentally I still get into these places sometimes but everything that’s unfolded over the course…of like last year — I got into my spiritual stuff. My battle has been between my mind and my spirit because my spirit, that’s connected to a higher power, to source, to my ancestors, to my spirit guides — that self is very confident and knows what her purpose is and moves with that sense of sureness. Then there’s my ego self and my shadow self that I’ve been hyper-aware of because of the pandemic, because of the time I had during the pandemic — seeing her as who she is which is self-sabotaging, she doesn’t always make the decision that her gut is telling her to make because she doesn’t trust it all the way. She makes these moves because she feels undeserving and unworthy. Those two people are the two versions of myself that I am exploring through my music. Their relationship to one another.

One of my favorite lyrics on the whole project is, “Gotta think about my future while the past creeps into everything I know,” which really resonates with the whole idea of unlearning. What inspired that track?

“Falling” is about my struggle with depression, coming in and out and taking over my mental space. This whole process of me writing this music and the amount of ‘this will never work,’ ‘this isn’t a hit’ ‘it’s not gonna connect,’ all of the different things that I was told throughout that project were mostly told to me because the people speaking to me were looking at me through a lens of who they thought I was, because of my past. The same for the world really. People have an expectation of who I am or who I can be as an artist especially.

It’s impossible to move in present moments when you’re tethered to the past. Whether through the lens of the public, or through my own experience — sometimes I allow myself to be convinced that I am not who I know I am. It’s a universal experience — I think everybody has their own experience with that — wanting to move forward and wanting to move on and live as your present self and the past comes and haunts them and does not allow them to move forward.

There are two features on this project, 6lack and Vic Mensa, who are both in the rap and R&B realms. What did you learn from those collaborations?

I chose friends of mine who I resonate with, whose lyrics I resonate with. A big thing for me is lyrical content, the way that you express yourself as an artist is something that I personally value and always have. Melodies and lyrics are first, when I listen to a song that’s what I hear first. 6lack is a lyrical f—ing genius. He’s seriously one of the best writers and his freestyles are so good. His brain — just the way he makes sense of the world is beautiful. So I really wanted him on any track but when I heard that track [“On Guard”] I just immediately thought of his tone and my tone over this beautiful R&B bed that Jahaan [Sweet] made and I played it for [6lack] and he loved it and got on it and that was a vibe.

Vic [Mensa] — I was working with Om’Mas [Keith], who mixed the project, and I was working with him on a producer level. Vic and Om’Mas know each other so they came to the studio and we were all just vibing and then I played my project cause they both hadn’t heard it yet… and they were both like ‘This is so good!’ and Om’Mas was like ‘How can I get involved?’ and I was like ‘You’re gonna mix it, this is what we’re gonna do.’

Vic was just like ‘Let me know if you want me to be a part of it at all but it sounds amazing as is,’ and so I just sent him “Scattered.” Vic is very vocal about his mental health struggles as well and I think he’s very confessional in his lyrics and he’s very expressive about his mission through music and I just like to align myself with people like that.

The project itself seems like a full circle moment. The “Intro” track is very dark, scary, chaotic and stripped. And then in the ending track, “Sorry,” we get to hear a confident, confrontational Lauren.

“Sorry” ends very abruptly sonically. You think it’s going to keep going and then it doesn’t and it leaves you like ‘What?’ To me, that’s what it’s supposed to be. I wanna leave you kind of on a sonic cliffhanger essentially because there’s a fuller project coming that will complete the Prelude.

This interview has been edited for length and clarity.