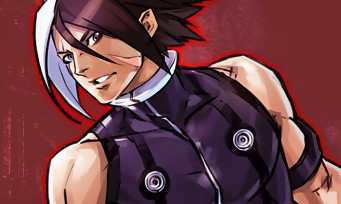 While waiting to learn more about the highly anticipated KOF XV, it is obviously possible to rush to KOF XIV: Ultimate Edition for 24 hours, but that’s not all. Because in addition to the other shattering announcements of the night, SNK has also confirmed the arrival on PS4 of a certain KOF 2002: Unlimited Match that we obviously no longer present. The release date has not been communicated, but the editor reminds us that not only is this the episode with the most complete roster (66 fighters all the same!), With the exclusive presence of Nameless. We learn that visually and musically, this version has benefited from rearrangements, which is also the case in terms of balance in the gameplay. History also to impress us, SNK recalls that this episode also allowed us to introduce madness with the Max 2 where the screen passes into another dimension before shattering for the ultimate blow.

But undoubtedly the most interesting info of the arrival of KOF 2002: Unlimited Match, it is the presence of Netcode Rollback which allows to considerably reduce the latency of the multiplayer online game. Moreover, the latter had been the subject of a recent update on Steam and we imagine that SNK certainly had to resume the latest updates in the matter. In any case, strongly that we can test this in the best possible conditions.